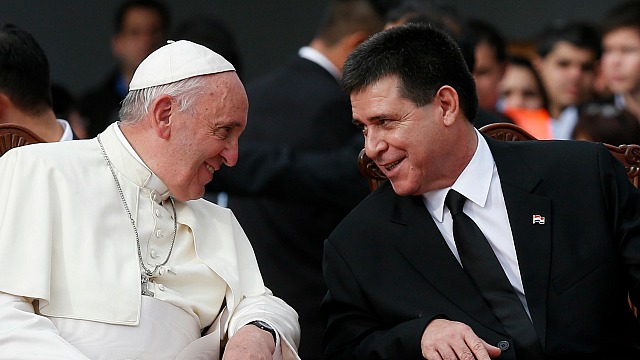 On Friday, July 10, 2015, Pope Francis departed from Bolivia to Paraguay for the final leg of his Apostolic Journey to South America. He was greeted by Paraguayan President Horacio Cartes upon his arrival at Silvio Pettirossi International Airport in Asuncion. Shortly after, the Holy Father met with government authorities and diplomatic corps at Palacio de Los López in Asunción. Please find below the full text of Pope Francis' address: