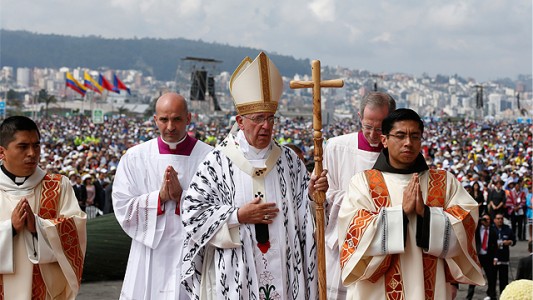 On Tuesday, July 7, 2015, Pope Francis presided over a mass at the Parque Bicentenario in Quito, Ecuador for the Evangelization of Peoples, in front of over 1 million people. The full text of his homily can be found below: