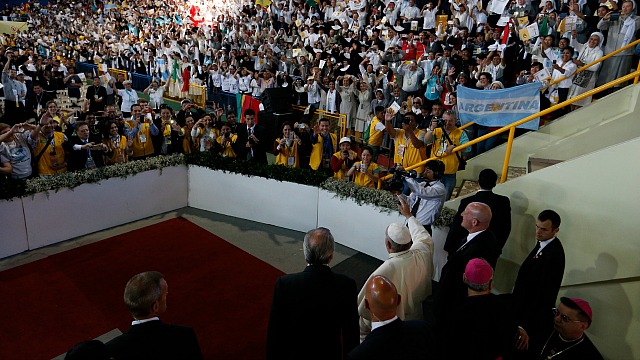 On Thursday, July 9, 2015 the Holy Father arrived at the private residents at the Coliseum of Don Bosco College for the meeting with the priests, men and women religious and seminarian. The meeting began with a greeting by S.E. Msgr. Roberto Bordi, OFM , Auxiliary Bishop of the Apostolic Vicariate of El Beni and Director of the Bolivian Episcopal Conference for Consecrated Life. After a moment of prayer and some witnesses, the Holy Father delivered the speech: