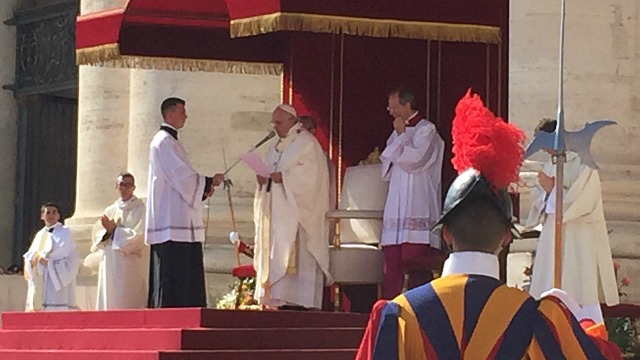 Homily of His Holiness Pope Francis
Mass of the Twenty-Ninth Sunday in Ordinary Time
Canonization of Four Saints
Sunday October 18, 2015
On Sunday, October 18, 2015, Pope Francis celebrated the Canonization Mass of four Saints: Saint Vincent Grossi, Saint Mary of the Immaculate Conception and Saints Louis Martin and Marie-Azélie Guérin. Read the full text of his homily below: