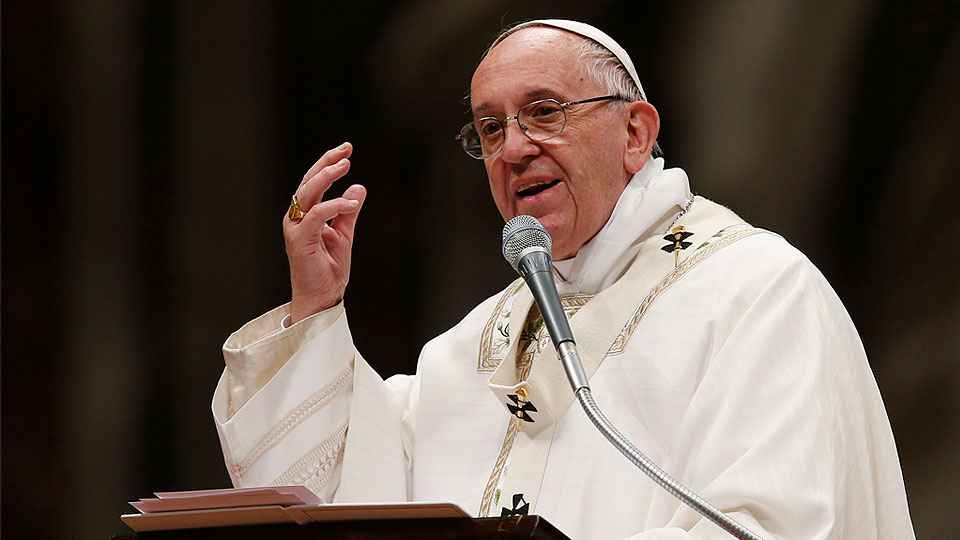 CNS photo/Paul Haring
At 8:30 pm on Holy Saturday evening, Pope Francis presided in the Vatican Basilica at the Solemn Easter Vigil in this holy night. The ritual began in the atrium of St. Peter's Basilica with the blessing of fire and preparation of the paschal candle. The procession to the main altar with the lighted Paschal candle and the singing of the Exultet was followed by the Liturgy of the Word and the Liturgy of Baptism during which the Pope administered the sacraments of Christian initiation to 11 neophytes from Spain, the Czech Republic, Italy, the United States, Albania, Malta, Malaysia and China. Here is the English translation of the Pope’s homily which follows the proclamation of the Easter Gospel: