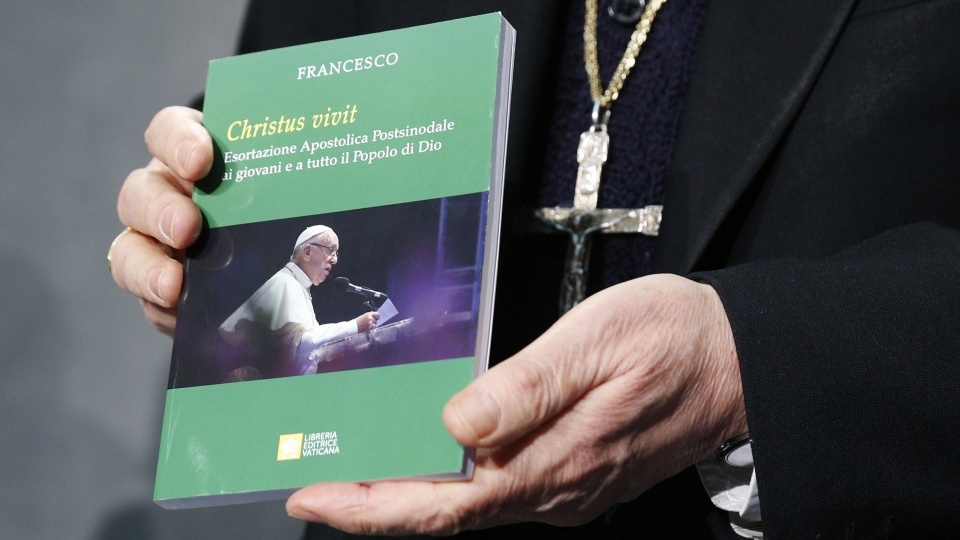 CNS photo/Paul Haring
Today, on the fourteenth anniversary of the death of St. John Paul II, Pope Francis’ Post-Synodal Exhortation to Young People and to the entire People of God "Christus vivit" was released by the Vatican. This important document is the fruit of the last Ordinary Synod of Bishops on "Youth, Faith and Vocational Discernment" held at the Vatican in October 2018. We are happy to present to you the official summary of the Apostolic Exhortation in English, issued by the Holy See Press Office.
For the full Apostolic Exhortation in English, please visit the Vatican website HERE.