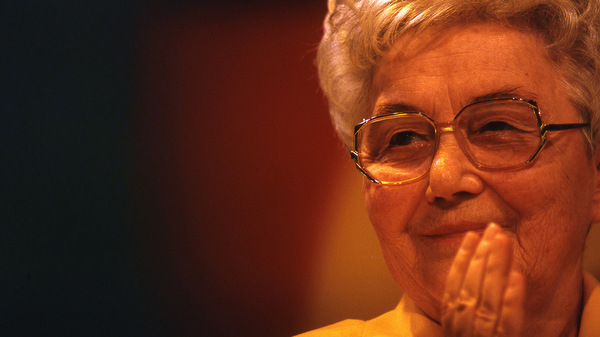 Recently, Pope Francis announced the cause for Chiara Lubich's canonization opened! Definitely cause for celebration! Chiara, a young lay women, founded the movement when she was just 23 years old. Today Focolare or Work of Mary, present in 180 countries globally, is an international community of men and women that promotes unity and universal brotherhood. What started out as an experiment among friends in the war-torn city of Trent in 1943 has since borne extraordinary fruits. In the 70 years since its founding, the movement has already yielded a Blessed! To find out more about Focolare watch our Catholic Focus episodes, Focolare: The Work of Mary. We also recommend that you check out Fr. Thomas Rosica’s Witness Interview with Maria Voce, President of Focolare. CNS photo/Alessia Giuliani, Catholic Press Photo