Pope Francis' arrival and address to leaders of Romania 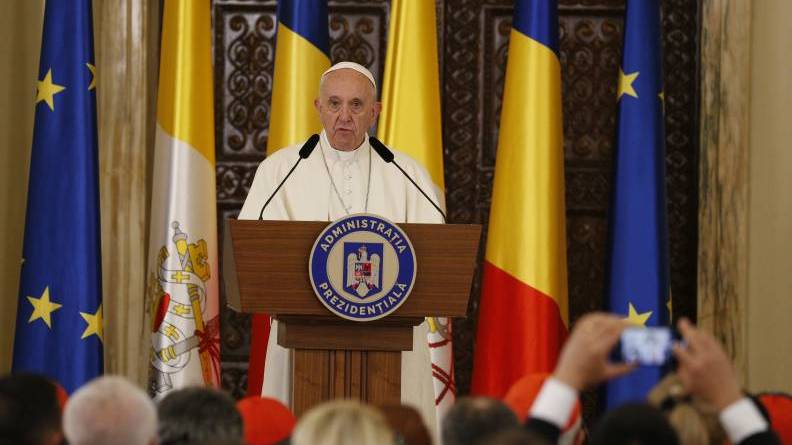 Pope Francis speaks during a meeting with civil and political leaders and members of the diplomatic corps at the Cotroceni Palace in Bucharest, Romania on May 31, 2019. (CNS photo/Paul Haring)

This morning, Pope Francis began his three-day Apostolic Journey to Romania. After his arrival in Bucharest, the capital of Romania, he met with the leaders of the country. Here is the address he gave to the civil and political leaders and members of the diplomatic corps: