Pope Francis announces twenty new Cardinals during Sunday Angelus - January 4, 2015 At the Angelus on Sunday, Pope Francis announced the names of fifteen Archbishops and Bishops whom he will raise to the dignity of the Cardinalate on February 14, 2015. In addition, the Holy Father announced that five retired Archbishops and Bishops “distinguished for their pastoral charity in the service of the Holy See and of the Church” would also be made Cardinals. Below, please find the complete text of the Pope’s announcement, with the names of all those set to be elevated to the Cardinalate: 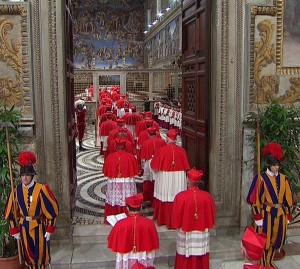 “As was already announced, on February 14 next I will have the joy of holding a Concistory, during which I will name 15 new Cardinals who, coming from 14 countries from every continent, manifest the indissoluble links between the Church of Rome and the particular Churches present in the world. “On Sunday February 15 I will preside at a solemn concelebration with the new Cardinals, while on February 12 and 13 I will hold a Consistory with all the Cardinals to reflect on the orientations and proposals for the reform of the Roman Curia. “The new Cardinals are: Archbishop Dominique Mamberti, Prefect of the Supreme Tribunal of the Apostolic Signatura Archbishiop Manuel José Macario do Nascimento Clemente, Patriarch of Lisbon (Portugal) Archbishop Berhaneyesus Demerew Souraphiel, C.M., of Addis Abeba (Ethiopia) Archbishop John Atcherley Dew of Wellington (New Zealand) Archbishop Edoardo Menichelli of Ancona-Osimo (Italy) Archbishop Pierre Nguyên Van Nhon of Hà Nôi (Viêt Nam) Archbishop Alberto Suàrez Inda of Morelia (Mexico) Archbishop Charles Maung Bo, S.D.B., of Yangon (Myanmar) Archbishop Francis Xavier Kriengsak Kovithavanij of Bangkok (Thailand) Archbishop Francesco Montenegro of Agrigento (Italy) Archbishop Daniel Fernando Sturla Berhouet, S.D.B., of Montevideo (Uruguay) 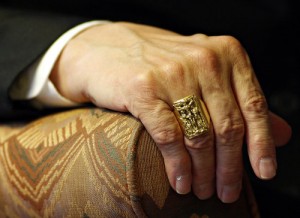 Archbishop Ricardo Blázquez Pérez of Vallodolid (Spain) Bishop José Luis Lacunza Maestrojuán, O.A.R., of David (Panamá) Bishop Arlindo Gomes Furtado, of Santiago de Cabo Verde (Archipelago of Cape Verde) Bishop Soane Patita Paini Mafi of Tonga (Island of Tonga) “Additionally, I will join to the Members of the College of Cardinals five Archbishops and Bishops Emeriti who are distinguished for their pastoral charity in the service of the Holy See and of the Church. They represent so many Bishops who, with the same pastoral solicitude, have given witness of love for Christ and for the people of God in particular Churches, in the Rome Curia, and in the Diplomatic Service of the Holy See. “They are: José de Jesús Pimiento Rodriguez, Archbishop Emeritus of Manizales Archbishop Luigi De Magistris, Major Pro-Penitentiary Emeritus Archbishop Karl-Joseph Rauber, Apostolic Nuncio Luis Héctor Villaba, Archbishop Emeritus of Tucumán Júlio Duarte Langa, Bishop Emeritus of Xai-Xai “Let us pray for the new Cardinals, that, renewed in their love for Christ, they might be witnesses of His Gospel in the City of Rome and in the world, and with their pastoral experience they might support me more intensely in my apostolic service.” 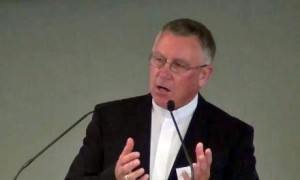 The only English speaker among the group is Archbishop John Dew of Wellington, New Zealand. Here are two recent, excellent insights into Cardinal-designate Dew: Archbishop John Dew reflects on being part of the Synod on Marriage and the Family https://saltandlighttv.org/blog/general/archbishop-john-dew-reflects-on-being-part-of-the-synod-on-marriage-and-the-family Archbishop Dew: Let’s look for language that encourages people https://saltandlighttv.org/blog/general/archbishop-dew-lets-look-for-language-that-encourages-people The 15 new cardinals from 14 countries. Five come from Europe, 3 from Asia, 3 from Latin America, 2 from Africa & 2 from Oceania. Father Federirco Lombardi, SJ, head of the Holy See Press Office, has published the following "notes" on the new Cardinals, whose names were announced by Pope Francis at the Angelus on Sunday: With respect to the number of 120 electors, there were 12 places “open” in the College today or in the coming months. The Pope has slightly exceeded this number, but remained very close to it, such that it is substantially respected. The most evident criteria is evidently that of universality. Fourteen different countries are represented, including some that do not currently have a Cardinal, and some that have never had one. If the retired Archbishops and Bishops are counted, eighteen countries are represented. There are no new Cardinals from North America (the USA or Canada) because they already have a significant number, and that number has remained stable during the past year. (There is a new Mexican Cardinal). The presence of countries that have never had a Cardinal (Capo Verde, Tonga, Myanmar) is noteworthy. These countries have ecclesial communities that are small or that represent a minority within their country. (The Bishop of Tonga is the President of the Episcopal Conference of the Pacific; the Diocese of Santiago de Cabo Verde is one of the most ancient African Dioceses; the Diocese of Morelia in Mexico is in a region troubled by violence.) The fact that only one of the new Cardinals is from the Roman Curia is also notable, while “Roman” Cardinals remain about a quarter of the electors. It is evident that the Pope intends to consider the posts of Prefects of the Congregations and of some other very important institutions within the Curia – as, in this case, the Tribunal of the Signatura – as Cardinalatial posts. 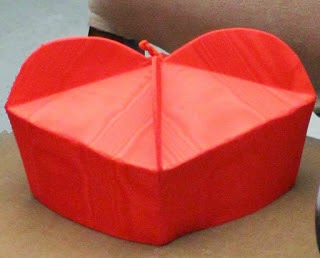 The new nominations confirm that the Pope is not bound to the traditions of the “Cardinalatial Sees” – which were motivated by historical reasons in different countries – in which the Cardinalate was considered almost “automatically” connected to such sees. Instead, we have several nominations of Archbishops and Bishops of sees that in the past have not had a Cardinal. This applies, for example, to Italy, Spain, Mexico, Panama… With regard to the retired nominees, the words of the Pope in his brief introduction should be noted: “They represent so many Bishops who, with the same pastoral solicitude” have served as pastors of Dioceses, but also in the Curia and in the diplomatic service. The cardinalatial nominations are intended, then, as a recognition given symbolically to some, but recognizing the merits of all. The youngest of the new Cardinals is Archbishop Tafi of Tonga (b. 1961), who will become the youngest member of the College of Cardinals. The oldest is Archbishop Pimiento Rodriguez, Archbishop emeritus of Manizales (b. 1919).