Pope Francis' Address to the Diplomatic Corps of the Holy See 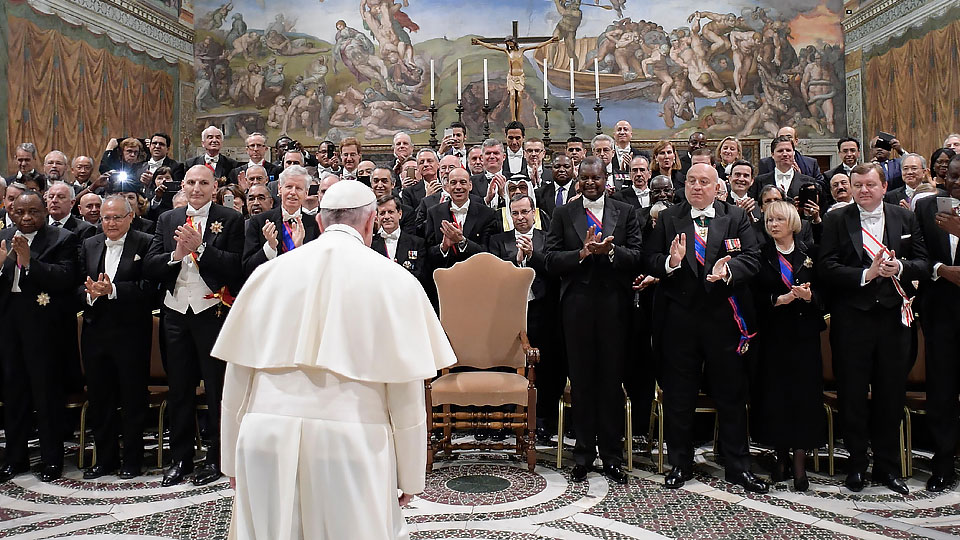 CNS photo/L'Osservatore Romano, handout
Pope Francis on Monday appealed to all religious authorities to join in “reaffirming unequivocally that one can never kill in God’s name,” saying the world is “dealing with a homicidal madness which misuses God’s name in order to disseminate death, in a play for domination and power.” The full speech by Pope Francis to the Diplomatic Corps accredited to the Holy See is below: