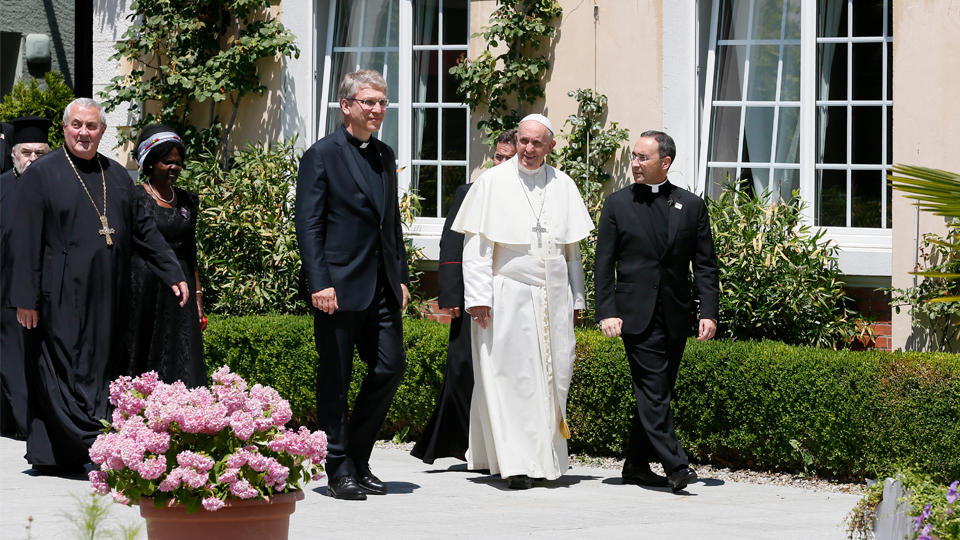 This afternoon the Ecumenical Meeting took place in the Visser't Hooft Hall of the World Council of Churches Ecumenical Center in Geneva. Upon his arrival, the Pope was welcomed by two Vice-Moderators of the World Council of Churches, Metropolitan Prof. Dr. Gennadios of Sassima and Bishop Mary Ann Swenson. He then entered through the main entrance with the Secretary General, the WCC Moderator, and Cardinal Kurt Koch, who accompanied him to Visser 't Hooft Hall. Also present were members of the Central Committee of the WCC, ecumenical delegates, civil authorities, and the papal entourage.
After the opening prayer and the speeches of the WCC Secretary General, Rev. Olav Fykse Tveit, and of the Moderator, Dr. Agnes Abuom, the Holy Father gave his address. At the end, after the recital of the Our Father and the final Blessing, leaving the Auditorium, the Pope greeted four members of the Federation of Evangelical Churches in Switzerland and, in the hall, the WCC Presidents together with three young people from the Central Committee. He then traveled by car to the Geneva Palexpo.
Here is Pope’s address during the ecumenical meeting: 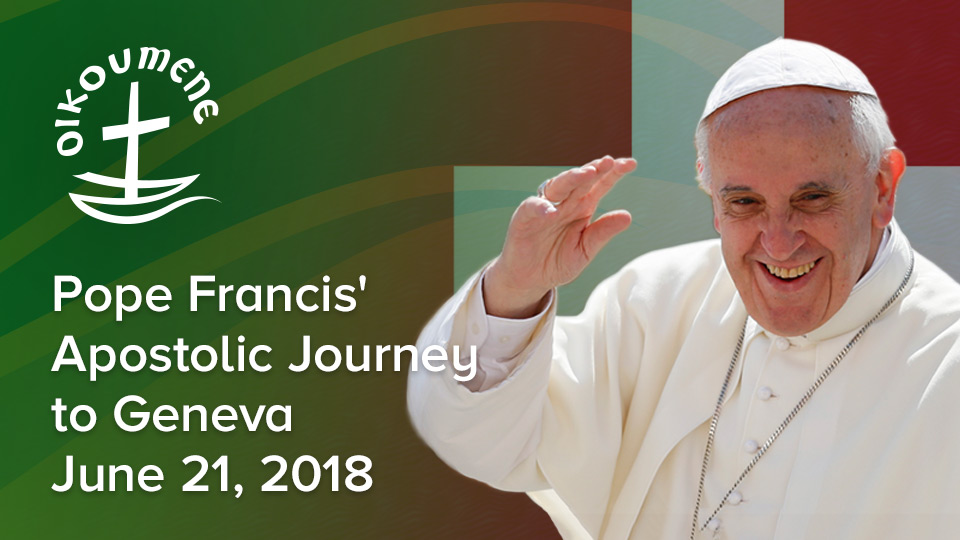