Pope in Colombia: Meeting with Authorities 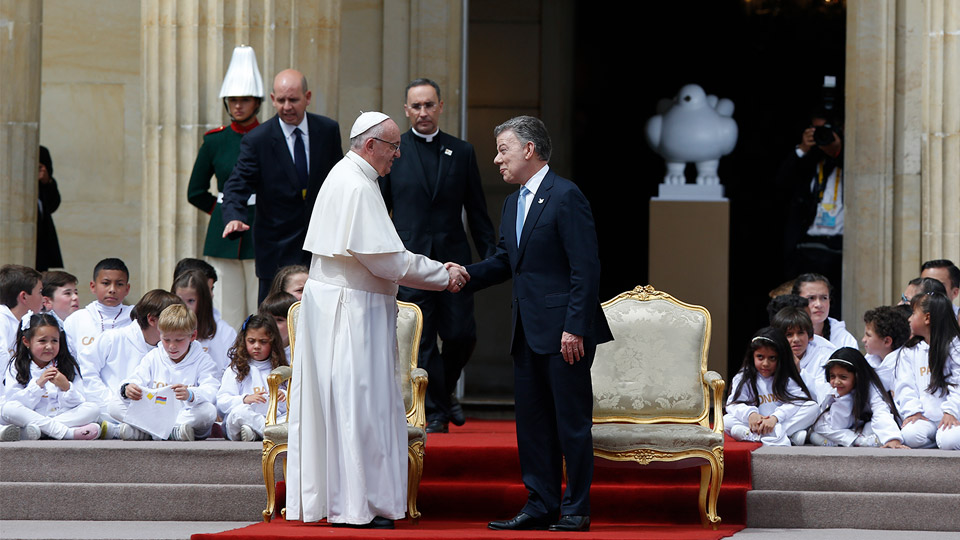 CNS photo/Paul Haring
Pope Francis arrived in Colombia on Wednesday, September 6, 2017 to begin his first apostolic visit to Colombia. His first meeting in the country of Colombia was with the civil authorities in bogota. Below, find the full text of his address: