Pope in Colombia: Mass in Medellin 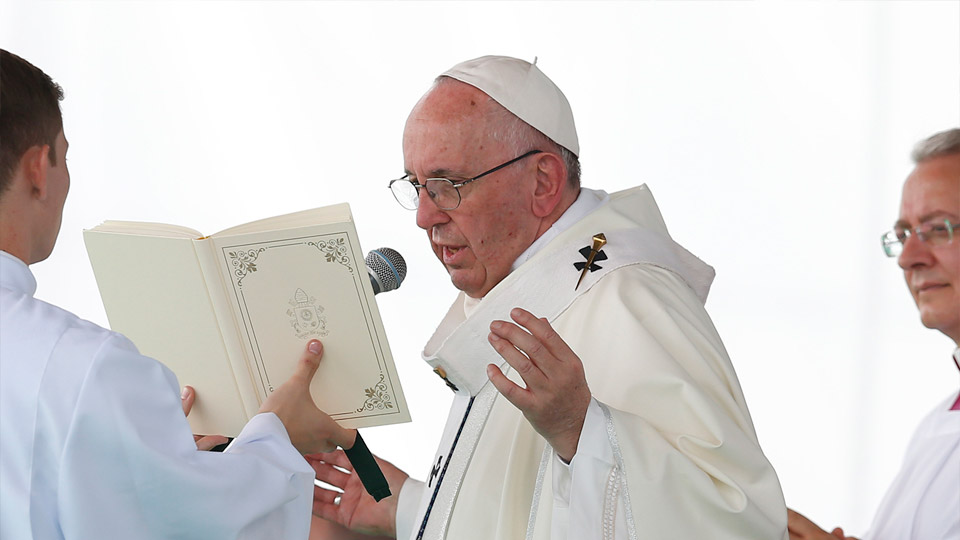 CNS photo/Paul Haring
On Saturday, September 9, 2017, Pope Francis began his 4th day in Colombia with the celebration of daily mass at the Enrique Olaya Herrera airport in Medellin. Below, find the full text of his prepared homily: