Pope In Colombia: Homily in Villavicencio 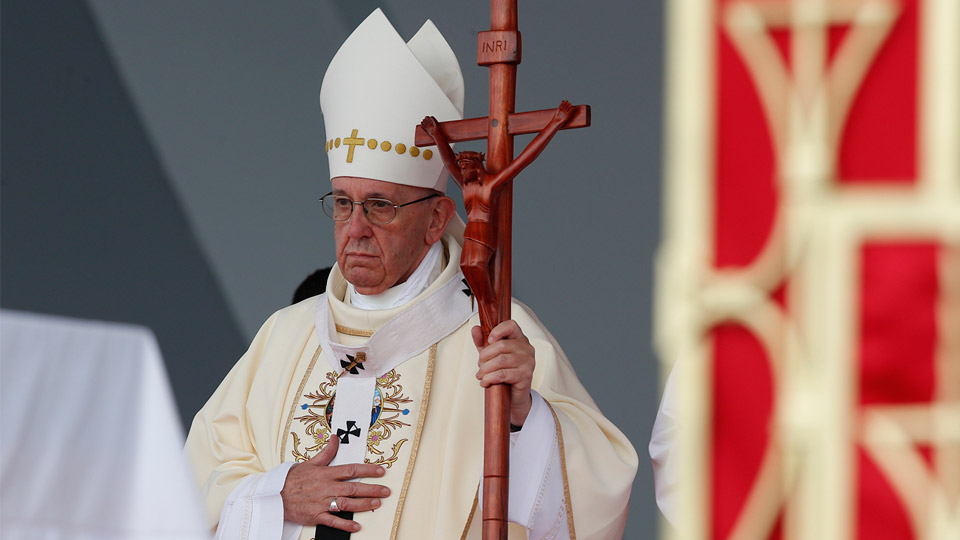 CNS photo/Paul Haring
On Friday, September 8, 2017 Pope Francis began his second full day in Colombia with the Celebration of Mass in Villavicencio. The Mass was both a celebration of the Nativity of the Virgin Mary and a Beatification Mass for Jesus Emilio Jaramillo Monsalve, Bishop of Arauca and Pedro Maria Ramirez Ramos, Diocesan priest. Below, find the full text of his prepared homily: