Pope in Colombia: Homily during Mass in Simon Bolivar Park 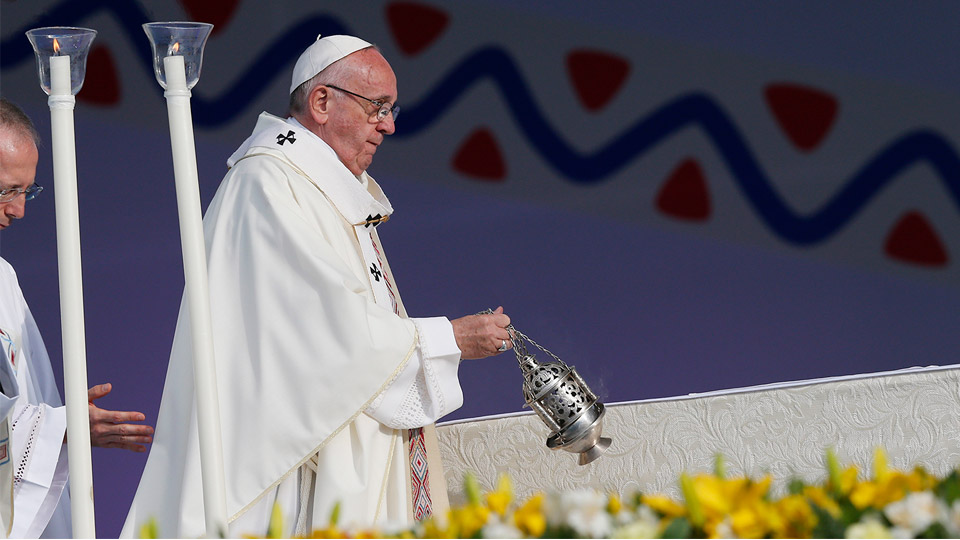 CNS photo/Paul Haring
Pope Francis concluded his first full day in Colombia with the celebration of Mass at Simon Bolivar Park in Bogota. Below, find the full text of his prepared homily: