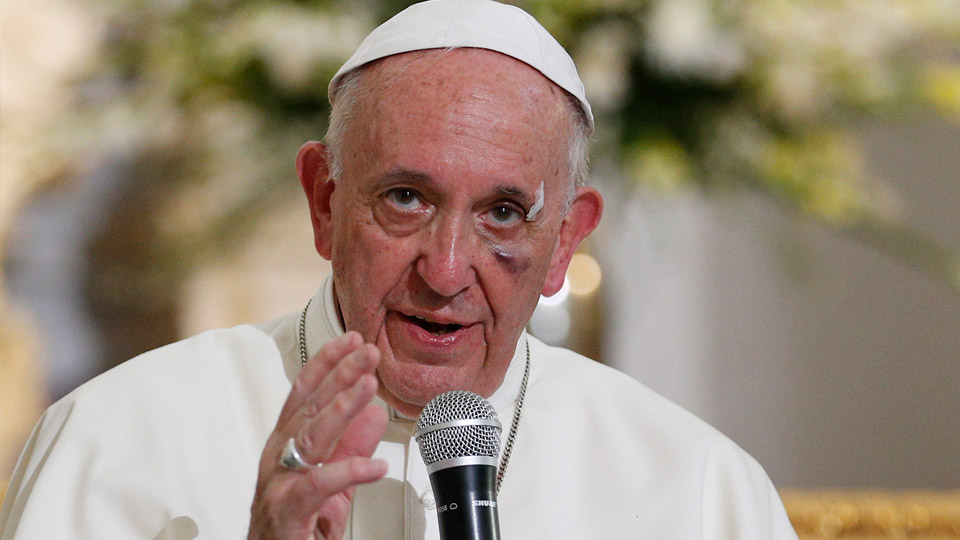 CNS photo/Paul Haring
Pope Francis delivered the Angelus address during his visit to Colombia. Read the full text of his address below: