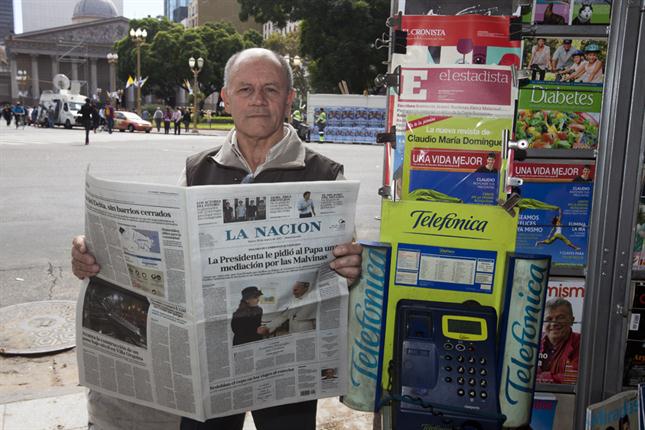 Source: New York Times By: RAVI SOMAIYA Pope Francis, apparently working down his to-do list since taking his new position, made a call to his local newspaper kiosk in Buenos Aires this week to cancel his daily delivery and send his greetings, according to a report from Catholic News Agency.

Around 1:30 p.m. local time on March 18, Daniel Del Regno, the kiosk owner’s son, answered the phone and heard a voice say, “Hi Daniel, it’s Cardinal Jorge.” He thought that maybe a friend who knew that the former archbishop of Buenos Aires bought the newspaper from them every day was pulling a prank on him. “Seriously, it’s Jorge Bergoglio, I’m calling you from Rome,” the pope insisted. “I was in shock, I broke down in tears and didn’t know what to say,” Del Regno told the Argentinean daily La Nacion. “He thanked me for delivering the paper all this time and sent best wishes to my family.” The original report from La Nacion was accompanied by a video report on the shock at the kiosk