Pope Benedict XVI Opens Up in Letter to Bishops

[The Vatican Press Office released on Thursday the text of the Holy Father's letter to the Bishops of the world regarding his decision to lift the excommunication of the four Bishops from the Society of St. Pius X and the subsequent controversy and fall-out. The letter, below, is powerful and honest read. In addition to the letter, you may wish to check Catholic News Service's John Thavis analysis HERE.]
LETTER OF HIS HOLINESS POPE BENEDICT XVI TO THE BISHOPS OF THE CATHOLIC CHURCH Concerning the remission of the excommunication of the four Bishops consecrated by Archbishop Lefebvre 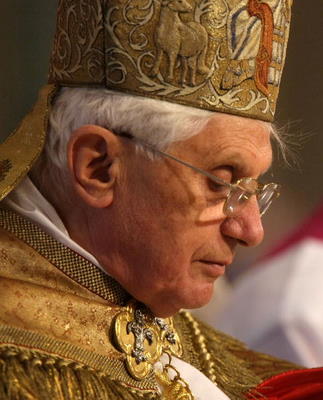