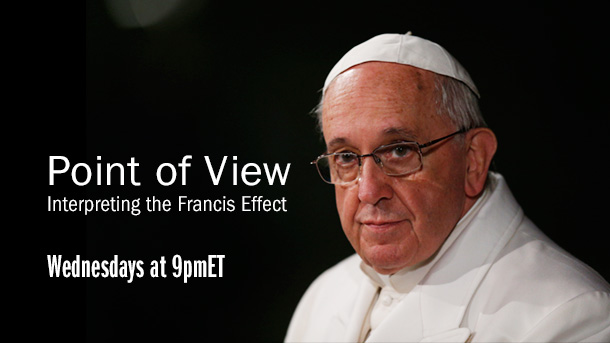 Salt and Light’s television series “Point of View: Interpreting the Francis Effect” is back for a second season. Go beyond the film to discover the deeper questions and issues surrounding the pontificate of Pope Francis and what they mean for the Church in the 21st century.
Hear from media personalities, theologians, doctors and some of the most influential figures in the Catholic Church, all of whom share in great depth their point of view on the Francis effect.  POV airs Wednesdays at 9pmET only on S+L.
Point of View: Interpreting The Francis Effect is a S+L series featuring a selection of the full interviews from the documentary The Francis Effect.