Prime Minister Stephen Harper welcomed news from the Vatican this morning that Brother André Bessette, CSC, will be declared a saint on October 17th 2010. 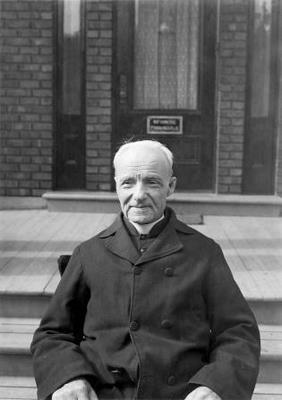 "Brother André’s life shows us the power of faith and the importance of concern for the sick and others in need." read a statement from the Prime Minister's office, "In this solemn act, the Roman Catholic Church is honouring a Canadian who achieved greatness through humility, determination and service to others." The letter continued: "Brother André’s devotion to St. Joseph, the patron saint of Canada, led to the building of the magnificent Oratory on Mount Royal.  Today’s news heightens the inspiration we feel on seeing that religious landmark, a symbol and centre of faith in Montreal and all of Canada." The Archbishop of Montreal called the announcement "the best thing that could have happened this year for the Church of Montreal."  Cardinal Jean-Claude Turcotte made the statement this morning during a press conference held at St. Joseph's Oratory.  "I have always been impressed by this man," said the Cardinal, "both a humble man and a visionary, a man of deep faith. An example of determination, still relevant today in 2010.” The Canadian Provincial Superior of the Congregation of Holy Cross, Father Jean-Pierre Aumont, CSC, described the announcement as a "wonderful gift," and noted that for the members of his congregation "it represents more than ever a source of inspiration, a model of faith and trust in God and in the human condition. He shows us how to envision great things and how to look toward the future!” To read the media release from St. Joseph's Oratory on today's events, or find out more about Brother André and his Cause, visit HERE. - Photo: Les Archives de l'Oratoire Saint-Joseph