Perspectives on Friday: The end of the world as we know it?

“And there will be signs in sun and moon and stars and upon the earth distress of nations in perplexity a the roaring of the sea and the waves, men fainting with fear and with foreboding of what is coming on the world; for the powers of the heavens will be shaken.” Luke 21: 25-26 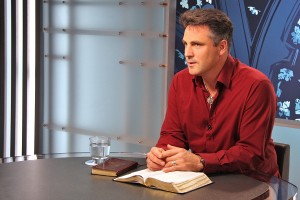 How is it that our eyes become accustomed to drifting over these potent words in Scripture? Is it because they seem so far removed from our invincible society? When we took to the streets of Toronto to ask whether or not people thought about the end times, we were met with indifference, sarcasm but more often than not, we were met with meek concessions that the world could not go on as it is.

“When people say: there is peace and security,” then sudden destruction will come upon them as labour pains come upon a woman with child and there will be no escape. But you are not in darkness, brethren, for that day to surprise you like a thief.” 1 Thessalonians 5: 19-21

It is impossible to ignore these references to the end times which are peppered throughout the scriptures. According to Mark Mallett,  a singer/songwriter and the producer of a series of web-casts called Embracing Hope TV, we are approaching not the end of the world, but the end of this age. How, then, will this present era end? “Heaven has been intervening in our times in an extraordinary way;” Mark writes on his website, “the Popes have been sounding clear warnings; and the signs of the times are all around us.” To hear Mark elaborate on the signs of the times and on the reasons we have for our hope, join us for Perspectives weekly on Friday October 15th at 7pm ET / 8pm PT.