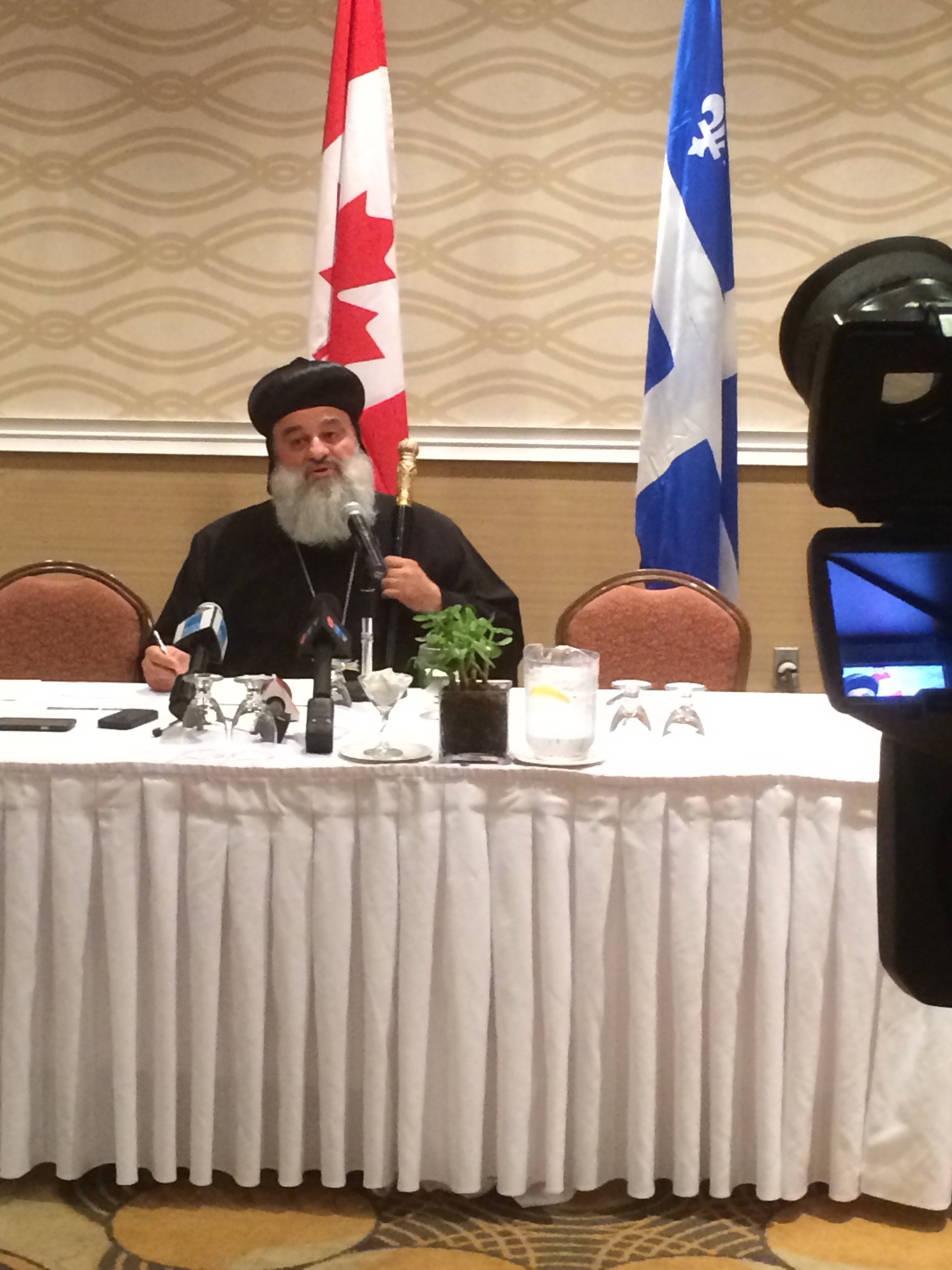 The remains of Aylan Kurdi, a 2-year-old from Syria, were laid to rest today in the same village that he and his family were trying to escape. Seeing a helpless child lose his life while trying to gain freedom is never easy to witness. As a result, there has been no shortage of media coverage on the events that are taking place in the Middle East and Europe, regarding refugees. We have all read the story of Aylan Kurdi, the story has captured the hearts of people across the world, and thankfully Canadians have been eager to help.
On September 4, 2015, at the Sheraton Hotel in Laval, Québec, the Patriarch of Antioch and all the East, and Supreme head of the Universal Syrian Orthodox Church, delivered a message on the tragic realities of Eastern Christians. In his presentation, His Holiness commented on recent events that have devastated Christian communities in his region. Just shy of two weeks ago, a city in Syria was attacked by ISIS. The population was made of both Christians and Muslims. The Christians fled the region, all except for 270 people who couldn’t leave for financial, or medical reasons. The Christian people were separated from the population by shaving their heads, and being forced to sign formal agreements with ISIS. The agreements state that Christians are forbidden to build churches, display religious symbols, pray in public places, and lay their dead to rest in cemeteries. Also, a severe tax has been implemented, forcing Christians to pay upwards of 18 grams of gold per year, per adult male. “I don’t believe any human being in the 20th century, should live in such a status of slavery,” said His Holiness.
Christianity represents only 10% of the population in Syria, 5% of the Middle Eastern population, which is down from 20% in the early 20th century. Persecution being a major factor in the declining number. “What has happened in the last number of years, has put our faith and existence to the test,” said His Holiness.
His Holiness expressed his gratefulness to the Canadian people in saying: “we are so grateful to the Canadian society for your willingness to help.” “We want to encourage our people to stay and live in the Middle East, we want them to stay where they are, but once they flee and find themselves in transit, they should be helped as much as possible to arrive safely in the various countries they are seeking,” he said.
“Canadians can help us stay in our homeland through their generosity. Some of the churches are helping people to stay by donating clothing, food baskets, and providing funding for peoples rent,” said His Holiness. Health care consumes more than half of their budget. They also train young people in various trades, preparing them for wherever they go. “Syrians are hard working people, and they will be a welcomed member of any society, they will give back by their hard work,” he said.
With much emotion, His Holiness comments on the story of Aylan Kurdi: “we are all shocked by the photo of the little boy who drowned in the Mediterranean, and our hearts go out to the family, and all the victims. But, thousands of people like him continue to drown in the sea, and their stories go unknown,” he said.
His Holiness, Mor Ignatius Aphrem II, was born in Syria, holds advanced degrees in theology, and was an Archbishop for the Eastern United States before being appointed to the Patriarch. This was his first apostolic visit to Canada, and it couldn’t have come at a more critical time.
Adam Pittman, nSJ is a Jesuit from Newfoundland. He is currently in his second year of Jesuit formation. As part of his ministry, he currently serves as an intern with Salt and Light in Montreal.