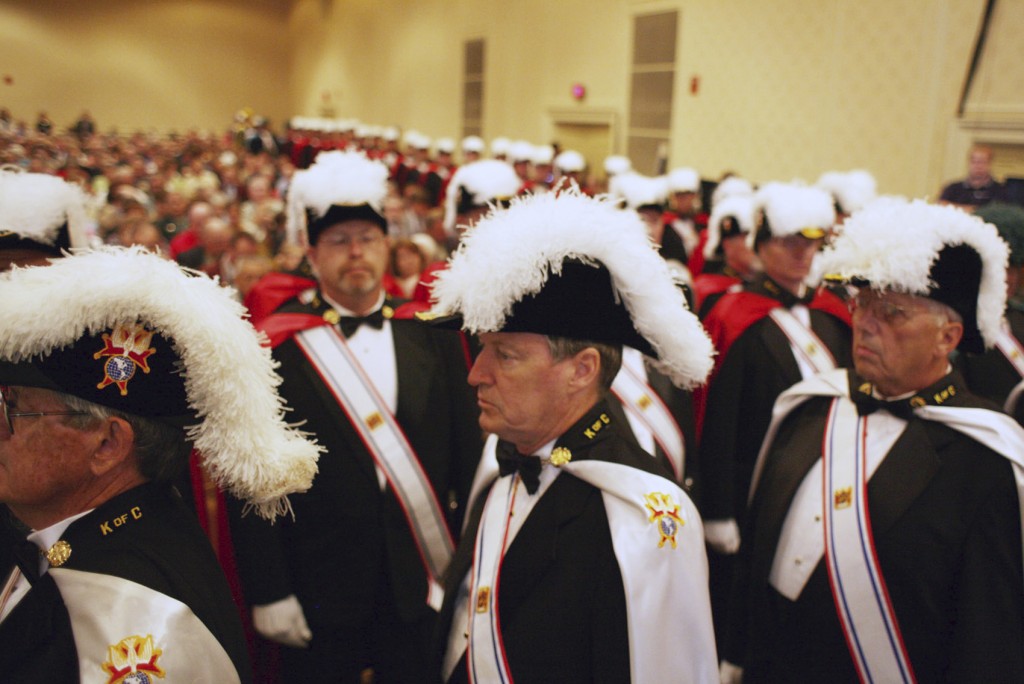 Hello from California! Members of our team, including CEO Fr. Thomas Rosica, are on the ground here in Anaheim for what promises to be an exciting Knights convention! For more information concerning our coverage, visit our online page for detailed events and times. Listed below is a letter sent by Pope Benedict's secretary of state, Cardinal Tarcisio Bertone, to Carl Anderson, supreme knight of the Knights of Columbus. The letter was sent on the occasion of the Knights' 130th Supreme Convention that is taking place in Anaheim this week. The letter looks at the ever-growing issue of religious freedom.

Dear Mr. Anderson, His Holiness Pope Benedict XVI was pleased to learn that from 7 to 9 August 2012 the 130th Supreme Convention of the Knights of Columbus will be held in Anaheim, California. He has asked me to convey his warm greetings to all in attendance, together with the assurance of his closeness in prayer. The theme of this year's Supreme Convention - Proclaim Liberty Throughout All the Land -evokes not only the great biblical ideals of freedom and justice which shaped the founding of the United States of America, but also the responsibility of each new generation to preserve, defend and advance those great ideals in its own day. At a time when concerted efforts are being made to redefine and restrict the exercise of the right to religious freedom, the Knights of Columbus have worked tirelessly to help the Catholic community recognize and respond to the unprecedented gravity of these new threats to the Church's liberty and public moral witness. By defending the right of all religious believers, as individual citizens and in their institutions, to work responsibly in shaping a democratic society inspired by their deepest beliefs, values and aspirations, your Order has proudly lived up to the high religious and patriotic principles which inspired its founding. The challenges of the present moment are in fact yet another reminder of the decisive importance of the Catholic laity for the advancement of the Church's mission in today's rapidly changing social context. The Knights of Columbus, founded as a fraternal society committed to mutual assistance and fidelity to the Church, was a pioneer in the development of the modern lay apostolate. His Holiness is confident that the Supreme Convention will carry on this distinguished legacy by providing sound inspiration, guidance and direction to a new generation of faithful and dedicated Catholic laymen. As he stated to the Bishops of the United States earlier this year, the demands of the new evangelization and the defense of the Church's freedom in our day call for "an engaged, articulate and well-formed Catholic laity endowed with a strong critical sense vis-a-vis the dominant culture and with the courage to counter a reductive secularism which would delegitimize the Church's participation in public debate about the issues which are determining the future of American society" (Ad Limina Address, 19 January 2012). Given this urgent need, the Holy Father encourages the Supreme Council, together with each of the local Councils, to reinforce the praiseworthy programs of continuing catechetical and spiritual formation which have long been a hallmark of your Order. Each Knight, in fidelity to his baptismal promises, is pledged to bear daily witness, however quiet and unassuming, to his faith in Christ, his love of the Church and his commitment to the spread of God's Kingdom in this world. The forthcoming inauguration of the Year of Faith, which commemorates the fiftieth anniversary of the opening of the Second Vatican Council, is meant to deepen this sense of ecclesial responsibility and mission in the entire People of God. His Holiness prays that the celebration of this Year of spiritual and apostolic renewal will inspire in the Knights an ever firmer resolve to profess their baptismal faith in its fulness, celebrate it more intensely in the liturgy, and make it manifest through the witness of their lives (cf. Porta Fidei, 9). In a particular way, His Holiness wishes me to convey his profound personal gratitude for the spiritual bouquet of prayers and sacrifices which the Knights and their families have offered for his intentions throughout this year which marks the thirty-fifth anniversary of his episcopal ordination. He is pleased to see in this act of spiritual solidarity not only an outstanding testimony of love for the Successor of Saint Peter, who is "the perpetual and visible principle and foundation of the Church's unity in faith and her communion" (cf. Lumen Gentium, 18), but also a sign of especial fidelity, loyalty and support during these difficult times. With these sentiments, the Holy Father commends the deliberations of the Supreme Convention to the loving intercession of Mary, Mother of the Church. To all the Knights and their families he cordially imparts his Apostolic Blessing as a pledge of joy and peace in the Lord. Adding my own prayerful good wishes for the work of the Supreme Convention, I remain Yours sincerely, +Cardinal Tarcisio Bertone Vatican Secretary of State