Out On the Road Again – Francis to Bosnia 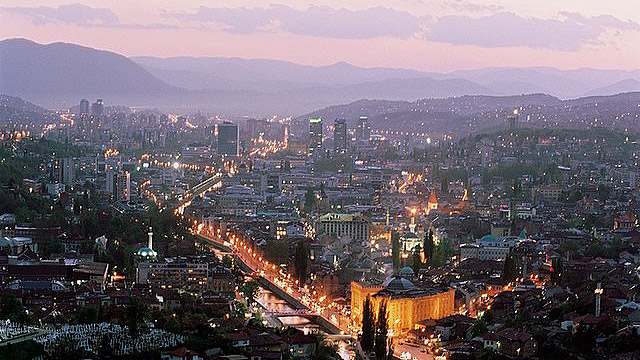 During his Angelus Address on Sunday, Pope Francis announced that he would be making a one day trip to Bosnia-Herzegovina this coming June. It appears the Holy Father has an appetite for difficult cases, as the former Yugoslav republic is no walk in the park. Most will recall the Bosnian War that broke out following the dissolution of the former Yugoslavia in the early 1990s. The collapse of that country resulted in the establishment of six independent nations, the most complicated of which was Bosnia and Herzegovina. The governance and structure of that particular country is founded in the 1995 Dayton Agreement. Signed to end the bloody, brutal war that tore that part of the Balkans apart, its legacy lives until today. It detailed a delicate and complicated power sharing arrangement between the three ethnic groups living in the country: Serbs, Croats and Bosniaks. Despite the peace, there are still deep underlying tensions that exist between the groups, who are not only divided ethnically, but along religious lines as well. Serb Orthodox, Croat Catholics and Bosniak Muslims have lived side-by-side for centuries, however it is a difficult history. There is perhaps no nation in Europe where the indigenous population is so heavily divided along cultural and religious lines as Bosnia. It appears the challenges that permeate this region have caught the attention of the pope, as his first European trip outside of Italy was to another Balkan nation in Albania. That nation faces its own set of challenges, however what they unmistakably have in common with Bosnia, is finding themselves among the very poorest nations on the continent. Francis’ desire for closeness with the poor will by no means be the only reason for his trip. Relative to the most impoverished nations in the world, Bosnia is reasonably well to do. What is key in Bosnia is mending the divisions that exist between its three predominant ethnic groups. We should expect the pope to stress the importance of not letting religion be a dividing factor in society. Two of the three concerned groups are Christian, and all three are linked by a common and closely connected Slavic culture and language. This will be Francis’ first venture into the Slavic world, a world whose politics are deeply complicated and often have their foundations in centuries of history. With perhaps the exception of the very active conflict in Eastern Ukraine, the Balkans is the region of Europe most in need of healing. The Pontiff’s recent diplomatic efforts in Cuba, his trip to Sri Lanka and last year’s visit to the Holy Land show his willingness to unite. It would come as no surprise if the pope includes St. Jude, the patron of hopeless causes amongst the saints he prays to for intercession. Bosnia has lay silent for many years, but by no means has the powder keg of Europe been disarmed. The potential impact of the Holy Father’s visit given his desire for reconciliation could be game changing for the region. However only time will tell whether or not the peaceful revolution of the Roman Pontiff will find it’s way into the streets of Bosnia and the hearts of the people who live there.