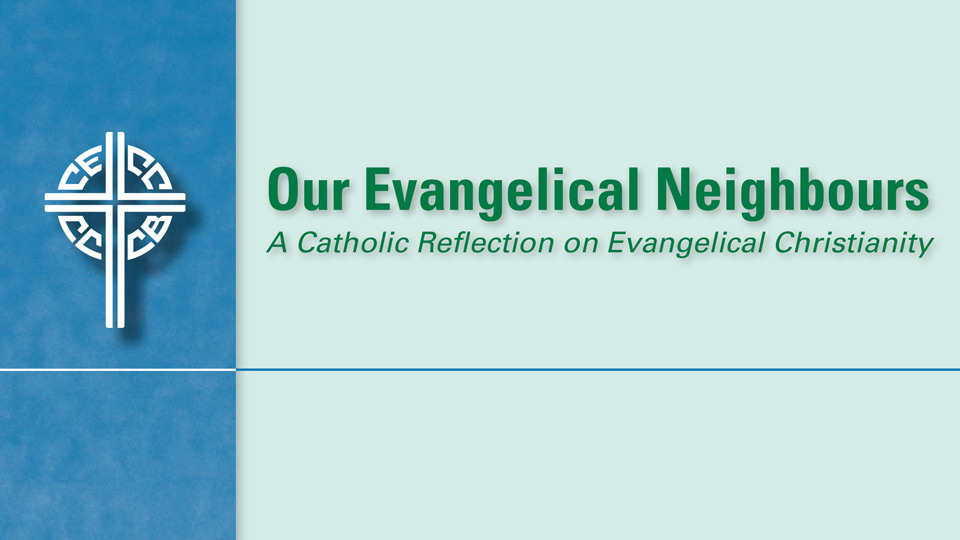 Today, on the Feast of Saint Luke the Evangelist, the Canadian Conference of Catholic Bishops (CCCB), through its Episcopal Commission for Christian Unity, Religious Relations with the Jews, and Interfaith Dialogue, has published a new resource entitled: Our Evangelical Neighbours – A Catholic Reflection on Evangelical Christianity. The resource provides Catholics in Canada an introduction to Evangelical Christianity by exploring its origins, similarities and differences to Catholicism. The resource was developed in close collaboration with The Evangelical Fellowship of Canada (EFC), an official dialogue partner of the CCCB, since 2010. 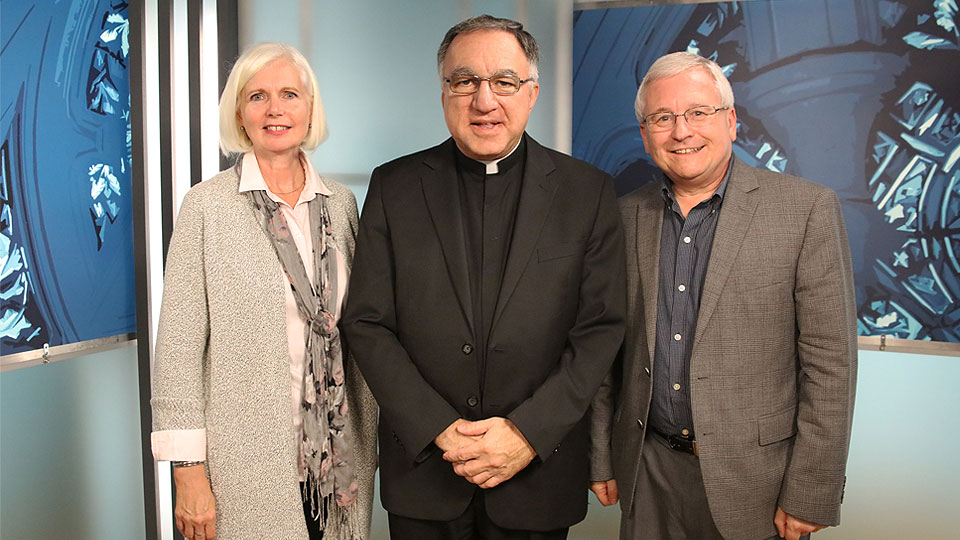 Fr. Thomas Rosica, CSB with Rev. David Freeman - Co-chair of the CCCB – EFC Dialogue and Dr. Aileen Van Ginkel - Member of the CCCB – EFC dialogue. Tune in for a special Perspectives Weekly on 'Our Evangelical Neighbours' this Friday at 7:00pm ET!
The resources underscored that, "As society becomes increasingly secular, Catholics and Evangelicals can see more clearly that what separates them is less significant than what unites them." Catholics and Evangelicals in Canada have enjoyed fruitful joint partnerships in efforts to promote Gospel values in Canadian society. Both Christian groups are more frequently entering into marriage with one another which is providing new avenues for dialogue. The resource notes: "the informal dialogue of the Christian life between believers who have married into one another's families, who work in the same office, or who pursue justice together in our communities outside abortion clinics and inside soup kitchens... these dialogues, where believers care for, pray for, and work with one another, can prepare the soil in which the results of the more official dialogues can grow." In a letter to the Most Reverend Douglas Crosby, O.M.I., Bishop of Hamilton and President of the CCCB, Mr. Bruce Clemenger, the president of the EFC, states that the new resource Our Evangelical Neighbours "offers a clear overview of Evangelical beliefs and practices; I believe that most Evangelicals in Canada would find themselves fairly represented in its pages." Read Our Evangelical Neighbours - A Catholic Reflection on Evangelical Christianity online now. You can read the newly released resource online now, while printed copies can be ordered from CCCB Publications at 1-800-769-1147 or email publi@cccb.ca.