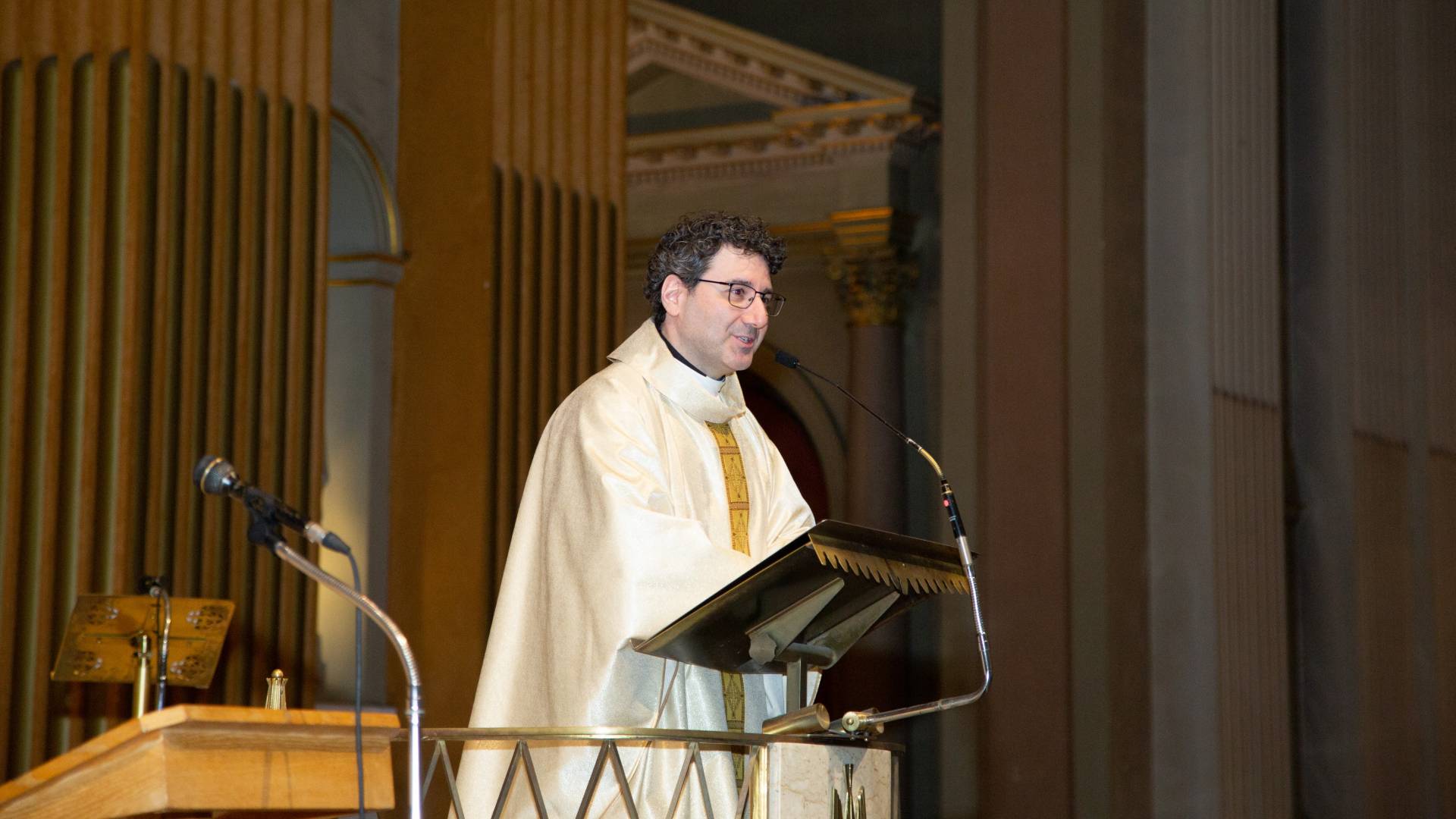 Most Reverend Frank Leo will be ordained as Auxiliary Bishop of the Archdiocese of Montreal on Sept 12, 2022.
Tune in Monday, September 12, 2022 at 7:30 pm ET to watch LIVE the Ordination Mass.
On Monday, September 12 at 7:30 pm ET, Salt + Light TV will broadcast live the Episcopal Ordination of Most Reverend Frank Leo as Auxiliary Bishop of the Archdiocese of Montreal. Bishop-elect Leo was born in Montreal in 1971 to Italian immigrant parents and attended Eugenio Pacelli Elementary School, John F. Kennedy High School and CEGEP Vanier. He entered the Grand Séminaire de Montréal in 1990 and was ordained a priest for the Archdiocese of Montreal on December 14, 1996. He served in different parish assignments in Montreal until 2006 when he enrolled in the Pontifical Ecclesiastical Academy in Rome and entered the Diplomatic Service of the Holy See. On January 9, 2012 Pope Benedict XVI appointed him Chaplain of His Holiness, bestowing the title of Monsignor. When he returned to Canada, Bishop-designate Leo joined the formation team of the Grand Séminaire de Montréal, teaching theology and philosophy while providing spiritual direction, formation, and accompaniment to the candidates for the priesthood. In 2015, he was appointed General Secretary of the Canadian Conference of Catholic Bishops (CCCB); his appointment ended in the fall of 2021. On Feb 1, 2022, he was named Vicar General and Moderator of the Curia of the Archdiocese of Montreal. In addition to his graduate studies in Canon Law, Bishop-elect Leo holds a doctorate in Systematic Theology with a specialization in Mariology, a licentiate in Philosophy, a diploma in Classical Studies, and a graduate certificate in spiritual direction. He worked as a judge for the Canadian Appeal Tribunal and has taught theology, spirituality, and philosophy in Canada, Australia, and the USA. Bishop Leo is the president and founding member of the Canadian Mariological Society, a Knight of the Equestrian Order of the Holy Sepulchre of Jerusalem as well as a member of the Priestly Fraternity of St. Domenic. He speaks English, French, Italian, and Spanish.