Public and private prayer for unity | One Body 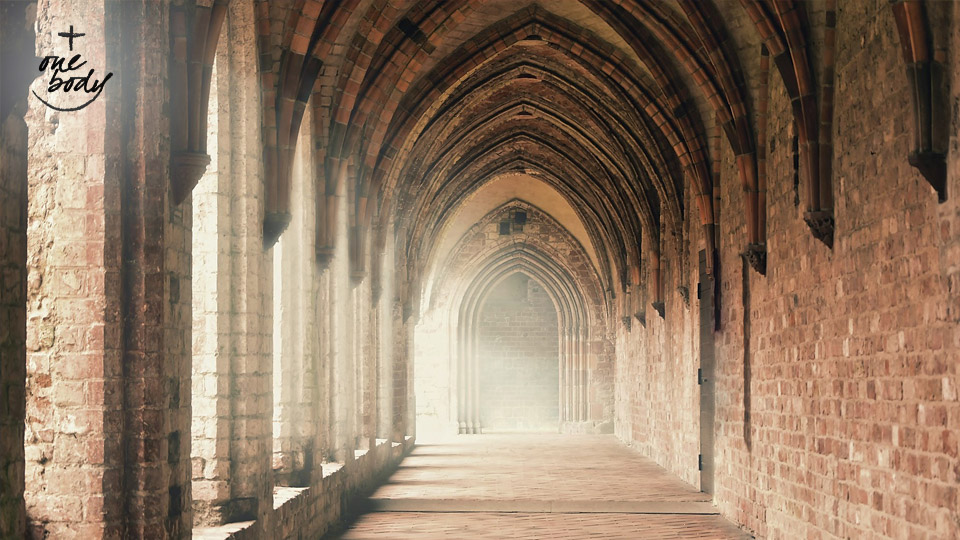 Abbé Paul-Irénée Couturier, the "Apostle of Unity", saw all souls who prayed for the unity of Christians as being gathered together in an "Invisible Monastery". Image by Peggy Choucair from Pixabay

Public and private prayer for unity

A passage that I have returned to repeatedly in my vocational life as an ecumenist comes from Pope St. John Paul II’s encyclical letter Ut Unum Sint (1995). It reads:

Praying for unity is not a matter reserved only to those who actually experience the lack of unity among Christians. In the deep personal dialogue, which each of us must carry on with the Lord in prayer, concern for unity cannot be absent. Only in this way, in fact, will that concern fully become part of the reality of our life and of the commitments we have taken on in the Church. It was in order to reaffirm this duty that I set before the faithful of the Catholic Church a model which I consider exemplary, the model of a Trappistine Sister, Blessed Maria Gabriella of Unity, whom I beatified on 25 January 1983. Sister Maria Gabriella, called by her vocation to be apart from the world, devoted her life to meditation and prayer centered on chapter seventeen of Saint John's Gospel, and offered her life for Christian unity. This is truly the cornerstone of all prayer: the total and unconditional offering of one's life to the Father, through the Son, in the Holy Spirit. The example of Sister Maria Gabriella is instructive; it helps us to understand that there are no special times, situations or places of prayer for unity. Christ's prayer to the Father is offered as a model for everyone, always and everywhere. (Ut Unum Sint, 27)

I return to this passage for several reasons: First, it reminds me that the search for Christian unity is primarily a prayer – Jesus’ prayer for the unity of his followers – that courses through the church eternally as sap through the branches of a vine. Whatever methods, occasions, and efforts we may hope to advance in the service of Christian unity, these must always be oriented towards and at the service of Our Lord’s prayer – “that all may be one…so that the world may believe that you sent me” (cf. John 17:21). Second, it reminds me that “there are no special times, situations or places of prayer for unity”. Every Eucharist, every sacramental celebration, every liturgical season, every day can and should be celebrated with a view to strengthening the bonds of communion in the Body of Christ. Sadly, I sometimes forget this and can lose sight of the scope of Jesus’ prayer: that the ALL in “that all may be one” extends to the whole of Christ’s disciples, always, and not just on occasions when we explicitly raise up that intention. Third, it reminds me that whether I am praying by myself or with others, with members just of my own church or within an ecumenical setting, “concern for unity cannot be absent”. The example of Blessed Maria Gabriella is held up rightly for us to emulate. As a contemplative, Sr. Maria Gabriella would have had few (if any) occasions to pray with Christians outside of her immediate convent community. Still, she prayed for healing within the Body of Christ and dedicated her life of prayer and service for Christian sisters and brothers that she would never meet in her lifetime. This is a profound example for all Christians to contemplate. Above all, paragraph 27 from Ut Unum Sint points me toward an understanding that before it is a movement or methodology, ecumenism is a spirituality that feels acutely the painfulness of divisions in the church and, shaped by Jesus’ prayer for the unity of his followers, seeks to remedy these divisions through the “spiritual exercises” of prayer and study, acts of penance and common witness, and a sincere dialogue after truth. Central to this spirituality, of course, is public and private prayer for the unity of Christians, described at Vatican II as the “soul of the whole ecumenical movement” (cf. Vatican II’s Decree on Ecumenism, 8). Someone who understood this ecumenical spirituality particularly well and who lived it profoundly in his daily life was the esteemed “apostle of Christian Unity”, Abbé Paul-Irénée Couturier. Building upon the work of ecumenists who went before him (Father Paul Wattson, Mother Lurana White, and Dom Lambert Beauduin among others), Father Couturier developed the idea of an “Invisible Monastery” wherein Christians “could unite in regular prayer and devotion, each according to their own tradition and insight, for the sanctification of the world and the unity of Christ’s people”. God alone would know the “walls” of this Monastery, and the “rule” of the Monastery would be simply “to pray for the unity of the Church as Christ wills it and in accordance with the means he wills”. In practical terms, this would entail growing closer to Christ through the spiritual riches of one’s own church tradition, while learning about and valuing the spiritual riches – as well as the histories and hurts – found in the traditions of separated sisters and brothers in Christ (cf. Paul Couturier: Apostle of Unity, “A Life’s Work”). Fr. Couturier’s ideas came to influence the life of Blessed Maria Gabriella, who “did not hesitate to dedicate her young life to this great cause” (cf. Pope Benedict XVI, “Homily on the Feast of the Conversion of St. Paul”, 25 January 2008). More significantly, they shifted an earlier understanding of praying for the return of all Christians to Rome – formerly commemorated during a “Church Unity Octave” that ran between the feasts of the Chair of St. Peter (originally Jan. 18) to the Conversion of St. Paul (Jan. 25) – to a prayer centred on a deeper conversion of all Christians to Christ – commemorated as the “Week of Prayer for the Unity of Christians”, held within the same calendar dates. Adopted by the World Council of Churches after its founding in 1948, the Week of Prayer for Christian Unity (as it is called today) continues to gather Catholics, Anglicans, Orthodox, Lutherans, Reformed, and many other Christians for an annual week of prayer and study for the unity that Christ himself desires for his disciples. Since 1968, the Faith and Order Commission of the World Council of Churches and the Pontifical Council for Promoting Christian Unity have produced jointly the resources for the Week of Prayer for Christian Unity. These annual resources, which are typically drafted by an ecumenical committee in a different country or part of the world, always feature an ecumenical liturgy centred on a biblical theme and eight days of biblical reflections around that same theme. While the same prayer materials are used throughout the world during the Week of Prayer, communities are encouraged to adapt the prayers according to “local liturgical and devotional practice, and of the whole social and cultural context”. In addition to using the resources in a communal setting, “those who wish to pray privately may find the material helpful for focusing their prayer intentions. They can be mindful that they are in communion with others praying all around the world for the greater visible unity of Christ’s Church.” The next Week of Prayer for Christian unity runs during January 18-25, 2021, on the theme “Abide in my love and you shall bear much fruit” (cf. Jn. 15.5-9). Prayer materials for the Week can be downloaded here. Julien Hammond is the ecumenical officer for the Archdiocese of Edmonton and has served as a member of the Roman Catholic-United Church of Canada Dialogue, the Anglican-Roman Catholic Dialogue in Canada, and the Christian Church (Disciples of Christ)-Roman Catholic International Consultation.