Jesus’ prayer for unity | One Body 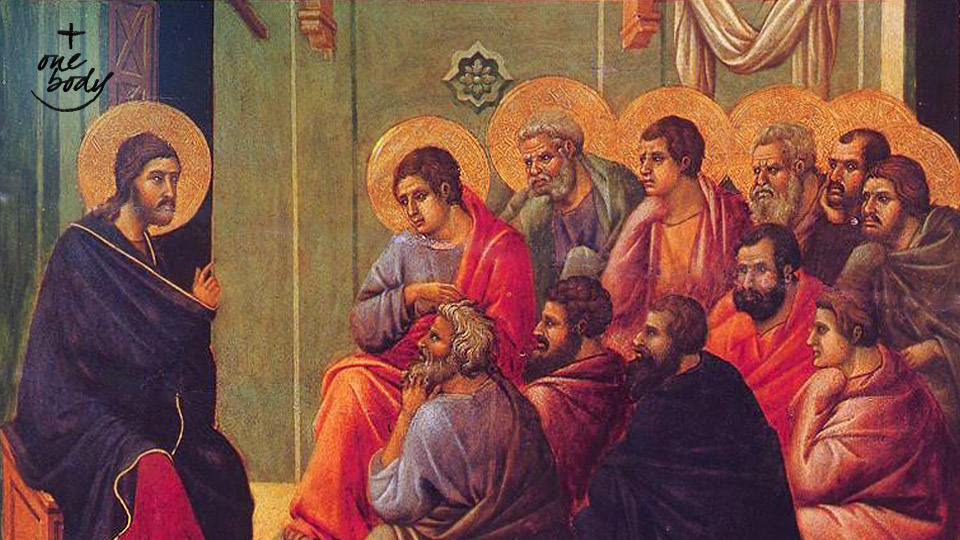 Quite often in the Gospel accounts of Jesus’ life and ministry, we are given glimpses into his prayer life. In many instances, we read simply that Jesus went away (by himself or with others) to pray. More rarely we discover the content of Jesus’ prayers, that is, the “what” of his prayers or the actual words that he used in prayer. One place where the content of Jesus’ prayer is shared with us directly is in the 17th chapter of the Gospel of John. At the end of a rather lengthy section (typically called Jesus’ Farewell or Last Supper Discourse – beginning in chapter 14), Jesus turns his eyes toward heaven and offers his so-called “priestly prayer” for the protection, sanctification, and unity of his disciples. He prays first for those who are his followers at that time, and then he prays for those who will follow him in the future. Of specific interest to ecumenists are the verses 20-23, where Jesus prays:

This prayer of Jesus – that continues to our own day – animates the Church’s continual search for unity (communion) and is at the heart of the modern-day Ecumenical Movement. It situates that search properly as a spiritual quest and reminds us that maintaining Christian unity (or restoring it, as the case may be) is not merely a matter of “pulling ourselves up by our bootstraps” but of relying on the power of the Holy Spirit to call, to join, to knit together, and/or to heal the followers of Jesus into “one body, one spirit in Christ.” As our Catechism of the Catholic Church (paragraph 820) puts it:

Christ always gives his Church the gift of unity, but the Church must always pray and work to maintain, reinforce, and perfect the unity that Christ wills for her. (…) The desire to recover the unity of all Christians is a gift of Christ and a call of the Holy Spirit.

Looking more closely at Jesus’ prayer for unity, commentators are quick to point out a couple of things:   1. First, the two-dimensional expression of Jesus’ prayer indicates the kind (or quality) of the unity that is sought between Christians: “The vertical dimension grounds unity in the relationship between Jesus and God. The horizontal dimension sees in the command to love one another the expression of that relationship among members of the community” (Pheme Perkins, “The Gospel According to John” in The New Jerome Biblical Commentary, 979). Practically speaking, this means that unity in the Church (communion) is not merely “an expression of human solidarity or the creation of an institutional structure” (P. Perkins) that resembles togetherness, like a club or some other civic association. Communion is both the internal spiritual dynamic of the Christian community – that binds all believers together in faith, hope, and the love of Christ – and the external manifestation of that spiritual reality – an essential expression of the love between God the Father and God the Son. These two dimensions of Christian unity – the internal and the external dimensions – are integrally tied. It matters, therefore, whether the believers are actually one (living in “full communion”, as ecumenists say) or if they are not (living in “partial” or “imperfect” or “impaired” communion, as it were). Driving this point home, our Catholic Directory for the Application of Principles and Norms on Ecumenism (no. 19) reminds us: “No Christian…should be satisfied with [imperfect] forms of communion. They do not correspond to the will of Christ, and weaken his Church in the exercise of its mission.”   2. This leads to the second aspect of Jesus’ prayer for unity: the relationship between the unity of the Church (“that they may all be one”) and the mission of the Church (“so that the world may believe that you have sent me”). The bishops at the Second Vatican Council wrote in the opening paragraph of their Decree on Ecumenism that division among Christians “openly contradicts the will of Christ, scandalizes the world, and damages the holy cause of preaching the Gospel to every creature.” We see in the light of Jesus’s prayer for unity that this is the case. When the unity of Christians is impaired in any way, the community of the believers is tarnished and the light of Christ burns less brightly so to speak, again both internally and externally. Internally, this can take many forms from tensions and polemics to open rifts and formal divisions. Externally, from outside of the Christian family, all such discords are “scandalous”; they contradict the Gospel message of love, and they detract from the Church’s sole purpose in the world – which is to bear witness to Christ and to tell others about him.   Commenting on Jesus’ priestly prayer, in a beautiful reflection to conclude the Week of Prayer for Christian Unity in 2012, Pope Benedict taught:

Jesus prays that his disciples may be one. By virtue of this unity, received and preserved, the Church can walk “in the world” without being “of the world” (cf. Jn 17:16) and can live the mission entrusted to her so that the world may believe in the Son and in the Father who sent him. Therefore the Church becomes the place in which the mission of Christ itself continues: to lead the “world” out of man’s alienation from God and out of himself, out of sin, so that it may return to being the world of God.

Increased fidelity to the love and prayer of Jesus for the unity of his followers is essential for the spiritual renewal of the Church and the success of her evangelizing mission in the world. Julien Hammond is the ecumenical officer for the Archdiocese of Edmonton and has served as a member of the Roman Catholic-United Church of Canada Dialogue, the Anglican-Roman Catholic Dialogue in Canada, and the Christian Church (Disciples of Christ)-Roman Catholic International Consultation.