Changes in Catholic approaches to ecumenism | One Body 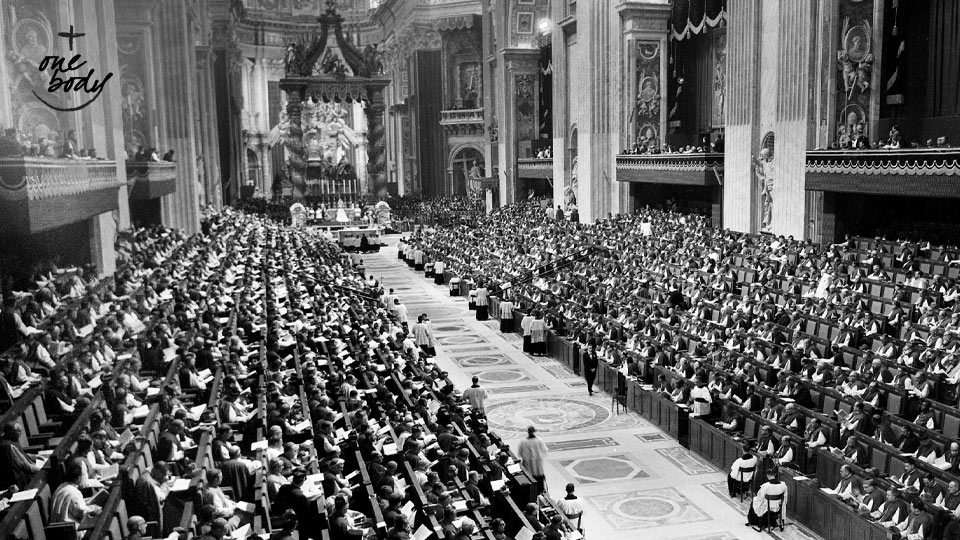 Pope John XXIII leads the opening session of the Second Vatican Council in St. Peter's Basilica on Oct. 11, 1962. The council marked a watershed in the history of the Catholic Church's relationship with other Christian communities. (CNS photo/L'Osservatore Romano)

Changes in Catholic approaches to ecumenism