One Body: A new blog series on ecumenism 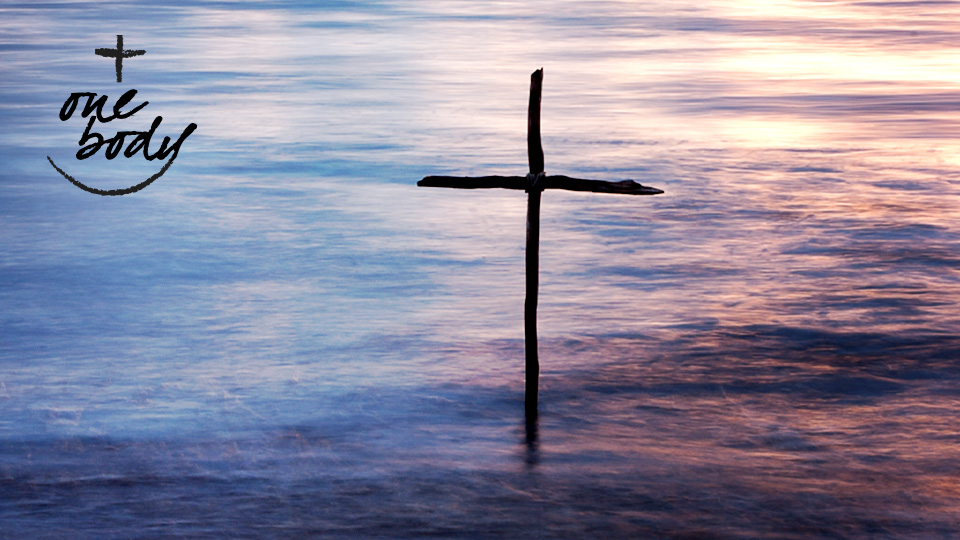 
“In the one Spirit, we were all baptized into one body...” (1 Corinthians 12:13)
I remember one year when the lectionary texts included 1 Corinthians 12, we sang a processional song by Canadian church composer Andrew Donaldson with the words: “the body is one with many parts, the parts are many the body is one.” The youth of the church had built huge papier-mâché bodies that danced on stilts at the front of the procession. The image of the whole church gathered to sing, worship, and even dance reflects the dynamic character of the church as a living body. This image of the church as a human body comes to us from the Apostle Paul writing to the Corinthians to help them overcome their own divisions. “Indeed, the body does not consist of one member but of many” (v. 14). We are one body because, in baptism, the Spirit has gathered us into the one body of Christ. Baptism is not the unique possession of Catholics. Immersion rituals are found in many religions, but the particular understanding of Christian baptism as incorporation into Christ is found throughout Christianity. There have been disagreements throughout church history about the form of baptism, but with rare exceptions, all Christian traditions continue to practice baptism. In 1975 in Canada, the so-called PLURA churches (Presbyterian, Lutheran, United, Roman Catholic, and Anglican) agreed on the mutual recognition of baptism in each other’s churches. Almost all churches recognize baptism wherever it is celebrated by water and the Trinitarian formula: “I baptize you in the name of the Father, Son, and Holy Spirit”, but there remains a major dispute regarding the age of baptismal candidates, with many Baptist, Evangelical, Mennonite, and Pentecostal churches practicing "believer's baptism" following a mature profession of faith. Since we recognize baptism in Christian communities divided from us, we must recognize that they are part of the body of Christ, and therefore, in some way part of the church of Christ. The Second Vatican Council said that we are in a “real yet imperfect communion”. Catholics will also recall Paul’s description of the Eucharist earlier in chapter 10 of the same letter: “The cup of blessing that we bless, is it not a sharing in the blood of Christ? The bread that we break, is it not a sharing in the body of Christ? Because there is one bread, we who are many are one body, for we all partake of the one bread” (1 Corinthians 10:16-17). The ancient axiom “the Eucharist makes the church and the church makes the Eucharist” reminds us that the sacrament is more than just the church’s action, it is the Spirit who makes the elements into the Body and Blood of Christ, and in doing so makes us partakers in the divine mystery of the Incarnate God. We become Christ’s body in the world, the church. As the Eucharist both makes us the body of Christ and is a sign of our unity in Christ, it presents an ecumenical challenge: are we to share the Eucharist as a means to restore the unity of the one body, or must we refrain from sharing in the body and blood of Christ until we can truly share in his body, the church? This new blog series for Salt + Light Media titled “One Body” will explore issues and ideas from the search for Christian unity. My friends, Sr. Donna Geernaert, s.c., and Julien Hammond, and I will select themes from ecumenical dialogues and projects in Canada and around the world. We plan to touch on the major themes of the ecumenical movement while looking at some experiences of living out the search for Christian unity. Once in a while, we plan to invite an ecumenical partner to write a blog post that reflects their unique perspective on the ecumenical movement. Sr. Dr. Donna Geernaert, s.c., served for 18 years in promoting ecumenical and interfaith relations for the Canadian Conference of Catholic Bishops. She has been a staff member, consultant, and member of numerous multilateral and bilateral theological dialogues in Canada as well as internationally. Julien Hammond is the ecumenical officer for the Archdiocese of Edmonton and has served as a member of the Roman Catholic-United Church of Canada Dialogue, the Anglican-Roman Catholic Dialogue in Canada, and the Christian Church (Disciples of Christ)-Roman Catholic International Consultation. Nicholas Jesson is the ecumenical officer for the Archdiocese of Regina, former ecumenical officer for the Diocese of Saskatoon, and former executive director of the Prairie Centre for Ecumenism. He is a member of the Roman Catholic-United Church of Canada Dialogue, editor of the Canadian Council of Churches’ Margaret O’Gara Ecumenical Dialogues Collection, and editor of the Anglican-Roman Catholic Dialogue archive IARCCUM.org.