On the feast of the Jesuits, Francis' Ignatian Formation 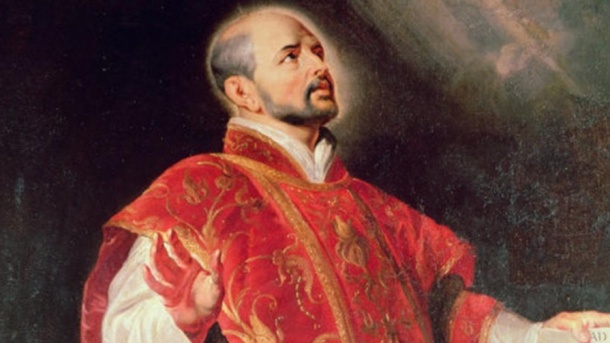 A Jesuit Perspective on the Feast of St. Ignatius of Loyola, July 31
There is an old story which passes from generation to generation within the Society of Jesus which quotes St. Ignatius of Loyola as having said that should the Society be disbanded he would need 15 minutes of prayer in order to reconcile himself to it. The night of March 13th, as I was leaving St. Peter’s square, another Jesuit turned to me and said “Fr. General (the superior of the order and successor of St. Ignatius) is probably going to need a half an hour of prayer tonight!”
In those first moments after the election of Pope Francis, very few of us were sure what his election meant. We Jesuits make vows to not seek ecclesial honors, and to even report to our superiors should we think that someone among us is doing so. One of the Society’s most famous cardinals, St. Robert Bellarmine, was considered papabile at the conclave in 1605 and openly expressed his fear that he might be elected pope. For Jesuits, rejecting seeking ecclesial honors reflects a desire to be freer to follow Christ’s call. For Ignatius, it was at least in part a reaction to the careerism that he saw around him in the 16th Century Church. As a result, the election of Francis, the first Jesuit Pope in the 450 year history of the order, caught us all a little off guard.
When Pope Francis announced, however, that he wanted to celebrate St. Ignatius’ feast with a mass at Ignatius’ tomb in Rome among other Jesuits a month ago, no one was shocked.  After few months now as Pope, we can still recognize Francis as one of our own, and as a son of St. Ignatius. I would suspect that most Jesuits would feel uncomfortable in the papal apartments, they certainly have their place and serve an important function, but the small simple, and rustic rooms of St. Ignatius are much more our style. Francis’ move to stay in the Domus Sanctæ Marthæ is likely reflective of that. Many of us know full well that the cost of our freedom for mission means being separate from friends and family, and simple gesture like continuing to wear a pair of shoes that they bought us keeps us both grounded and connected, it is no surprise that Pope Francis has chosen to do the same. When Francis offered his first Angelus address on the Sunday after his election he made a joke about the Jesuit University in Rome, the Gregorian, and then told the crowd to “have a nice lunch.” It was then that another Jesuit that I was with on the roof of the curia in Rome said what I have heard many times since. “Well... He’s certainly one of us!”
On this first feast of St. Ignatius during the papacy of the first Pope from the Society of Jesus, one thing is perhaps even more striking and more important than all of the little things listed above. As one Jesuit friend of mine said right after the election of Pope Francis: “I don’t know him, but I do know that he has made the Exercises.” The Spiritual Exercises, one of St. Ignatius’s great contributions to the life of the Church, are a series of experiences of contemplation and prayer meant to draw the person making them into deeper communion with God through developing a deeper sense of interior freedom and offering them a real choice to follow Christ in the world. The Exercises are based off of a particularly spiritually fecund moment in St. Ignatius’ own life when, just before he traveled to the Holy Land on pilgrimage, he spent a year praying and preparing himself in Manresa, Spain. Each Jesuit follows St. Ignatius in participating in these exercises twice in their lives, Ignatius, in turn, was convinced that he was following Christ. That is, of course, the point.
Francis, as a Jesuit and Son of Ignatius is familiar to us and encourages so many of us because he is showing us another way to be a disciple of Christ by following what this Jesuit formation taught him. For all of the things you hear about how simple, direct, and joyful Pope Francis is, it may just be that what we likely find most attractive about him is that he is simply trying to follow Christ in the way that his Jesuit formation taught him to. This is a gift not just for us Jesuits, but for the entire Church, because the man whose feast we celebrate today, like all other founders and foundresses of institutes of consecrated life, taught us a new path of discipleship, and on this feast, perhaps even more than in the past, it is a path we can all be thankful for.

This post comes to us from Fr. Michael Rogers, SJ, a newly ordained Jesuit priest currently studying fundamental theology in Rome. He recently served as national coordinator for MAGIS 2013, a Jesuit pastoral program held this summer in Rio ahead of the World Youth Day. Fr. Rogers will return to Rome this fall to continue his studies.