In her short time on earth Chiara Badano lived a life of great love and holiness.  Chiara’s story cannot help but touch all who hear it. Salt + Light is bringing you the next chapter in Chiara’s story. Tomorrow, Saturday September 25th, Chiara Luce Badano will be named Blessed.  Her beatification marks the first for the Focolare Catholic Lay Movement to which she belonged. 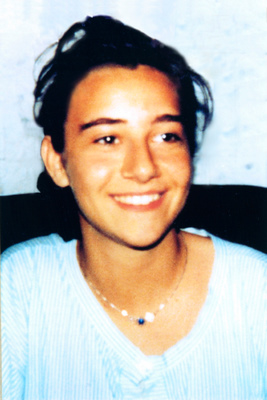 Chiara is a shining reminder that Saints do exist in modern day. Her story begins with her birth in the town of Sassello, Italy. Her parents had tried to conceive for 11 years before they were blessed with their new baby girl. She is described by those who knew her as an abundantly kind and giving person with a deep devotion to Jesus. She joined the Focolare Movement in her teens. The founder of the movement, Chiara Lubich, gave her the nickname Chiara ‘Luce’ meaning light. She was diagnosed with cancer at the age of 17.  She accepted her illness with grace saying that if this is what Jesus wanted, then she wanted it too. She died in 1990 at the age of 19. Her cause for sainthood began in 1999. Now just 20 years after her death, Chiara Luce Badano will be declared Blessed. Salt + Light is proud to bring you the events of the day live from Rome, starting with Chiara Luce Badano’s Beatification Mass at Castel Leva, Rome at 10 am ET/7 am PT.  Later on in the day we’re airing live from Rome at 3pm ET/12:00pm PT a two hour program celebrating her beatification. Be a part of this next chapter in Chiara’s Legacy. Share in this special occasion for the Focolare movement and young Catholics everywhere. - Photo: CNS