After a 33 year dry spell, Canada has its first gold medal on home soil thanks to the efforts of freestyle skier Alexandre Bilodeau. 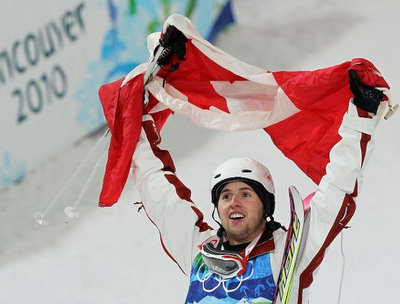 However, the overzealous enthusiasm that followed Bioldeau’s win has hurt our national image as host among the other countries present at the 2010 Winter Games. The media has a responsibility to its viewers, a responsibility that in this day and age has become more and more disregarded. At this crucial moment, the eyes of the world are on Canada. The Canadian media should be striving to show our nation in the best possible light and that means acting with grace. Graciousness was not a virtue being observed on Sunday when Bilodeau was elevated to a ‘Saviour-like’ status overnight and Australian silver medalist Dale Begg-Smith was described as a sore-loser by the national media. The competitive attitude being reflected in the media is making Canadians appear desperate and medal-hungry on the world’s stage. This is the last thing that we as Canadians and especially as Catholics want. We have built ourselves a solid reputation amongst the global community as being a nation known for hospitality, opportunity, equality and charity. So let’s not spoil that image while we’re under the microscope. The Toronto Star quoted one British journalist who wrote that Canada’s "Own the Podium Campaign has alienated the world they are supposed to play host to."  Organizations like More Than Gold (profiled in Salt + Light’s Catholic Focus entitled “Higher, Faster, Stronger: The Archdiocese of Vancouver and the 2010 Olympics” hosted by Alicia Ambrosio) should have more media attention to demonstrate the efforts of Canadians to provide support to athletes of all the participating nations. I was shocked to hear CTV commentators poking fun at the costumes chosen by a pair of Ukrainian figure skaters, this behaviour is hardly indicative of professional sports journalism.  Healthy competition is natural in any sport and especially at the games, but the intense pressure of the Canadian media on Canadian athletes is detrimental to their performance and our image as host. After all, we want to support our athletes, not make unrealistic demands of them. The last thing we as Canadians want is to be scrutinized by a global audience for being domineering and boastful.

Despite the negative ramifications of unhealthy competition promoted by the media, there were positive media reports today profiling the Catholic Church. Kirstin Holum, a former Olympic speedskater who finished 6th at the 1998 Nagano Winter Games was profiled in a Yahoo Sports column HERE.  Holum gave up future Olympic aspirations when she felt called to serve as a Franciscan Sister. After a pilgrimage to visit Fatima, the devout Catholic realized that her love for God was greater than her love of the sport. Kirstin, now Sister Catherine, uses her Olympic experiences to appeal to younger Christians. The media coverage of the Olympics should be about the celebration of one’s God-given talents and the dedication to excellence demonstrated by the athletes. The Canadian media responsible for covering the Olympics must be aware of the national image it is portraying throughout the games on behalf of Canadians. The athletes are the ones responsible for their performance and victories, it’s in theirs and God’s hands and the media is there to report them, not realize them. Photo Credit: Top -- VANOC/Getty Images; Bottom -- CNS photo/Bob Roller