Notre Dame in pictures: S+L pays tribute to an icon 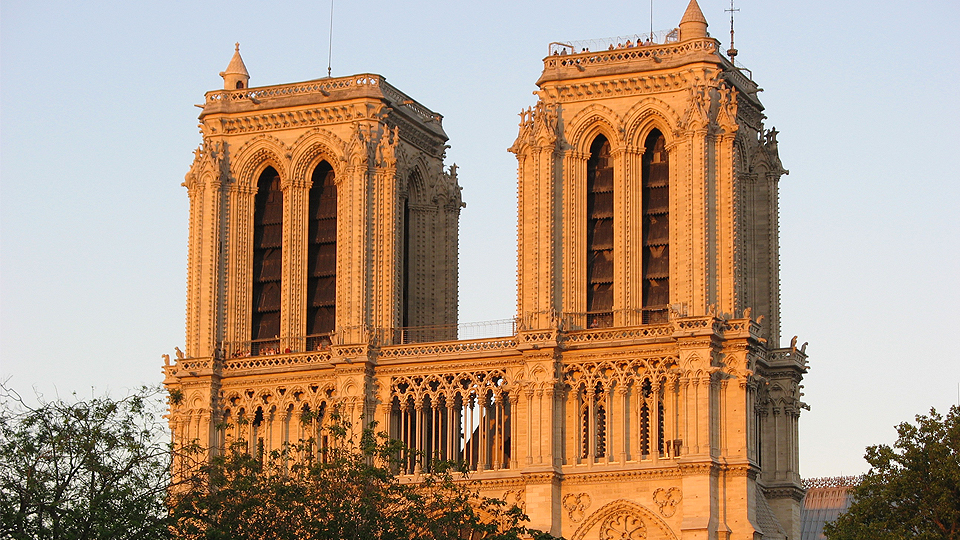 “All eyes were raised to the top of the church. They beheld there an extraordinary sight. On the crest of the highest gallery, higher than the central rose window, there was a great flame rising between the two towers with whirlwinds of sparks, a vast, disordered, and furious flame, a tongue of which was borne into the smoke by the wind, from time to time.”
from Notre Dame de Paris by Victor Hugo

All of us at Salt and Light were greatly saddened by the horrific fire in Notre Dame Cathedral yesterday. And we give thanks to God and to Our Lady that no lives were lost and that the cathedral itself is still standing. Our hearts go out to the people of Paris and especially to all those for whom the cathedral is a spiritual home. But our own sadness and the reactions of people around the world brought home to us how important our historic churches are - not only to their local communities or just to all Catholics but to all of humanity. We wanted to pay our own small tribute to this irreplaceable piece of our common human heritage, this monument to faith and humanity. Several of our staff members have visited the cathedral at some point in their lives and have contributed their personal photos. We hope that in some small way these images can express more than words the importance of this building beyond France and in our hearts. 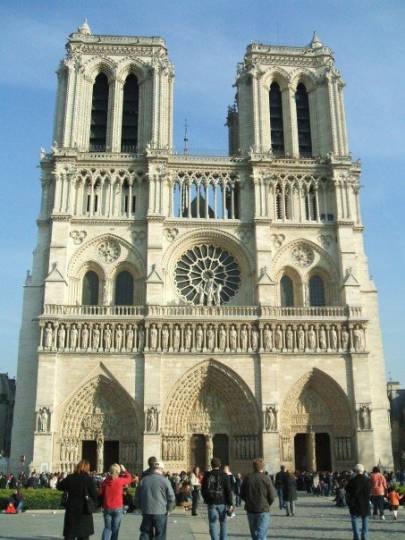 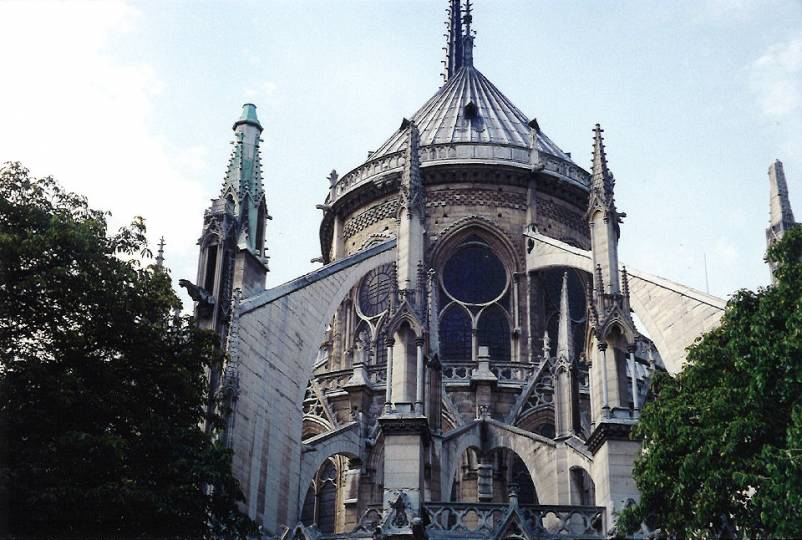 “We are gathered in the Mother Church of the Diocese of Paris, Notre-Dame Cathedral, which rises in the heart of the city as a living sign of God’s presence in our midst.  ...  It is hard not to give thanks to the Creator of both matter and spirit for the beauty of this edifice.”
Pope Benedict XVI at Vespers in Notre Dame Cathedral on Sept. 12, 2008 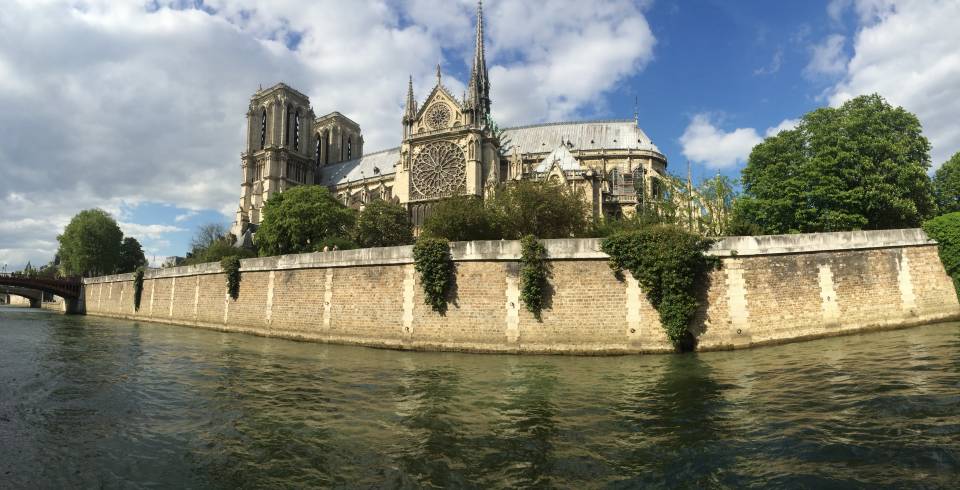 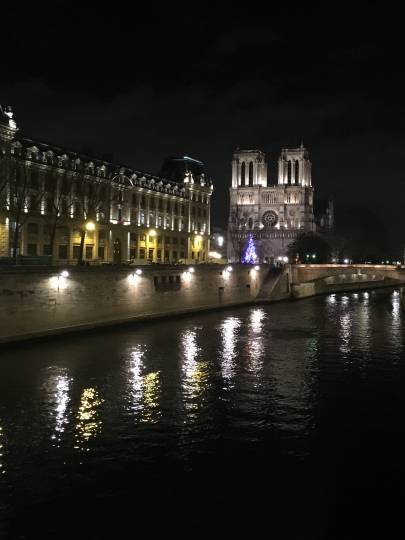 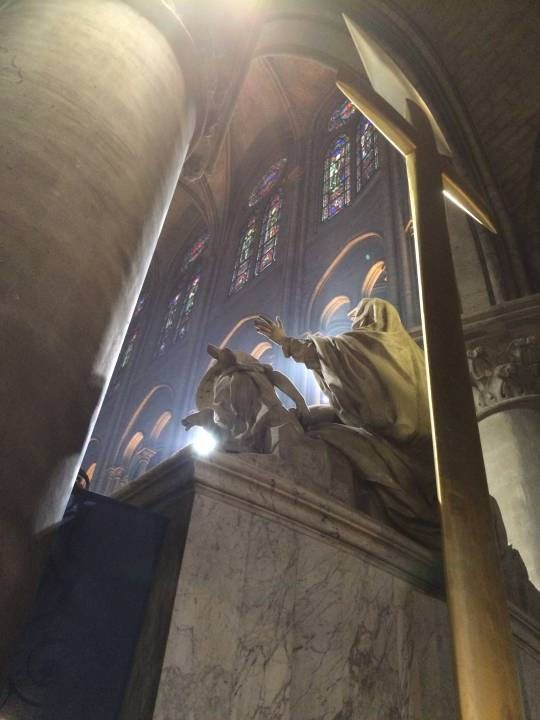 “In an instant, my heart was touched and I believed. I believed with such a strength of adherence, with such an uplifting of my entire being, with such powerful conviction, with such a certainty leaving no room for any kind of doubt, that since then all the books, all the arguments, all the incidents and accidents of a busy life have been unable to shake my faith, nor indeed to affect it in any way.”
Paul Claudel on his conversion during Vespers in Notre Dame Cathedral on Christmas Day 1886 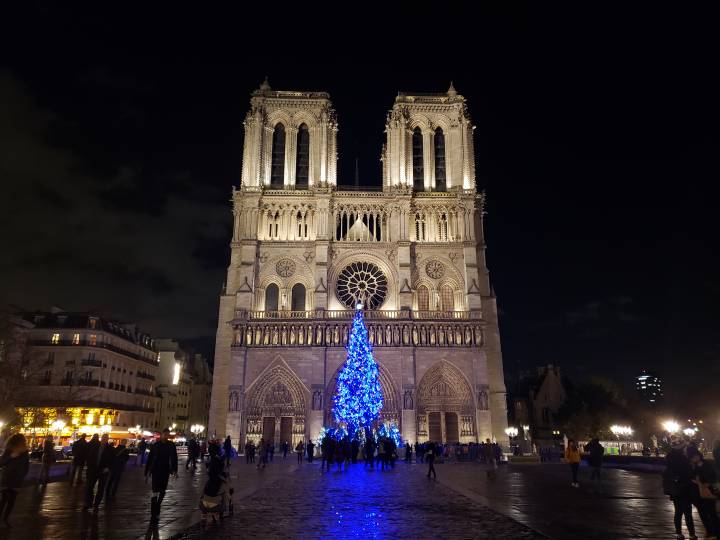 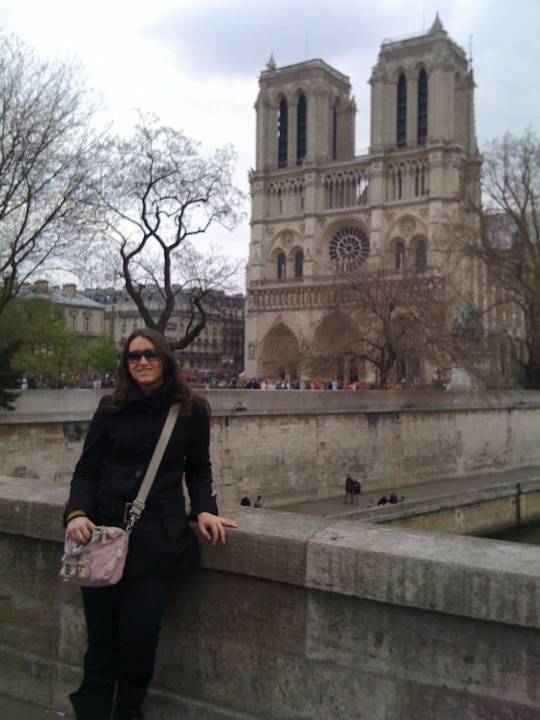 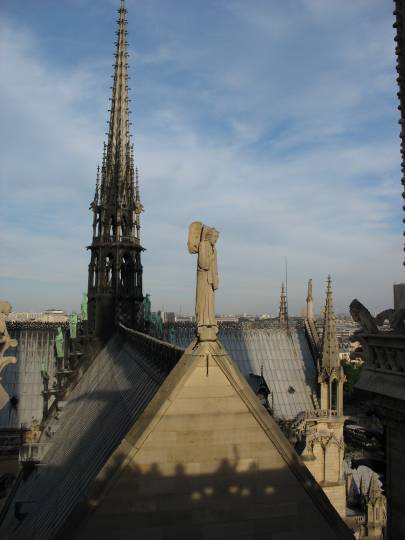 “The church of Notre-Dame de Paris is still no doubt, a majestic and sublime edifice. But, beautiful as it has been preserved in growing old, it is difficult not to sigh, not to wax indignant, before the numberless degradations and mutilations which time and men have both caused the venerable monument to suffer, without respect for Charlemagne, who laid its first stone, or for Philip Augustus, who laid the last. On the face of this aged queen of our cathedrals, by the side of a wrinkle, one always finds a scar. Tempus edax, homo edacior*; which I should be glad to translate thus: time is blind, man is stupid. 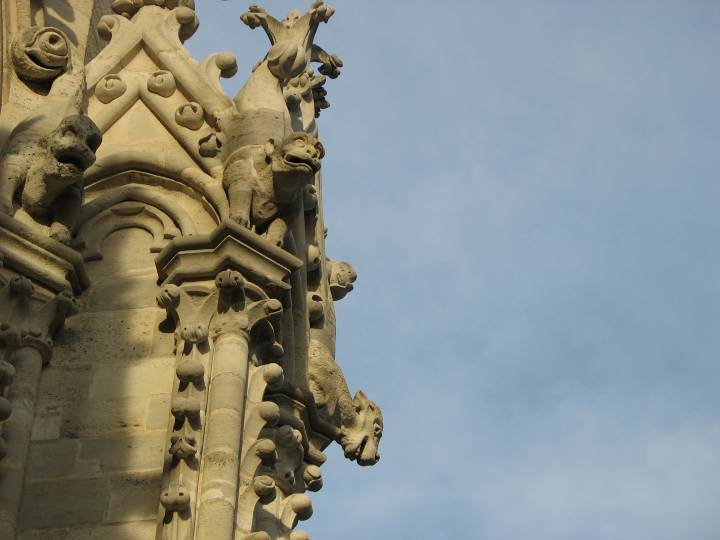 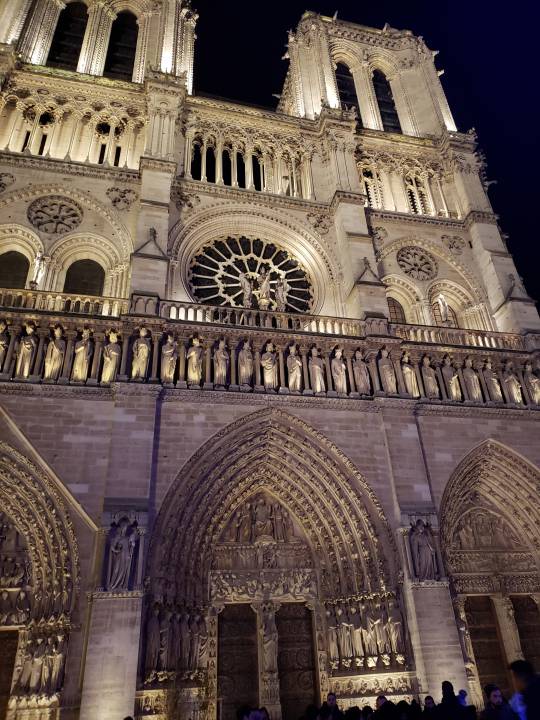 “Through his ‘artistic creativity’ man appears more than ever ‘in the image of God’, and he accomplishes this task above all in shaping the wondrous ‘material’ of his own humanity and then exercising creative dominion over the universe which surrounds him. With loving regard, the divine Artist passes on to the human artist a spark of his own surpassing wisdom, calling him to share in his creative power.”
from Letter of His Holiness Pope John Paul II to Artists 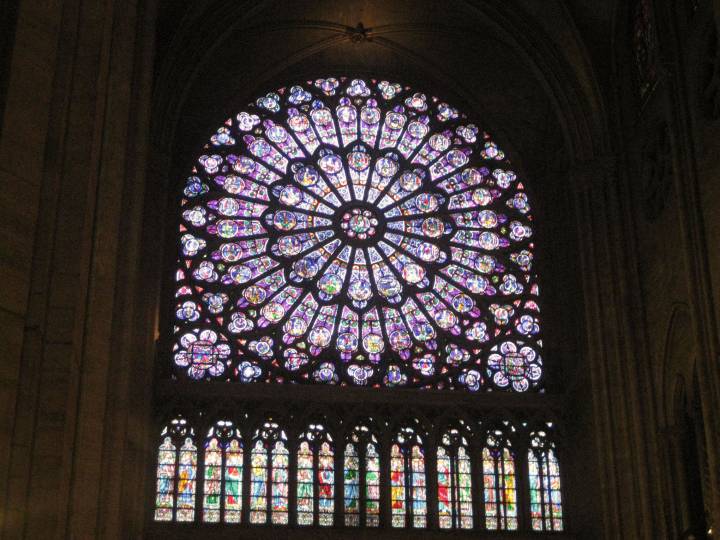 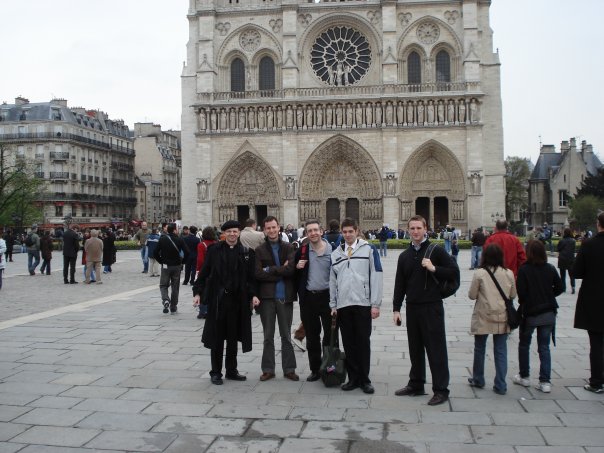 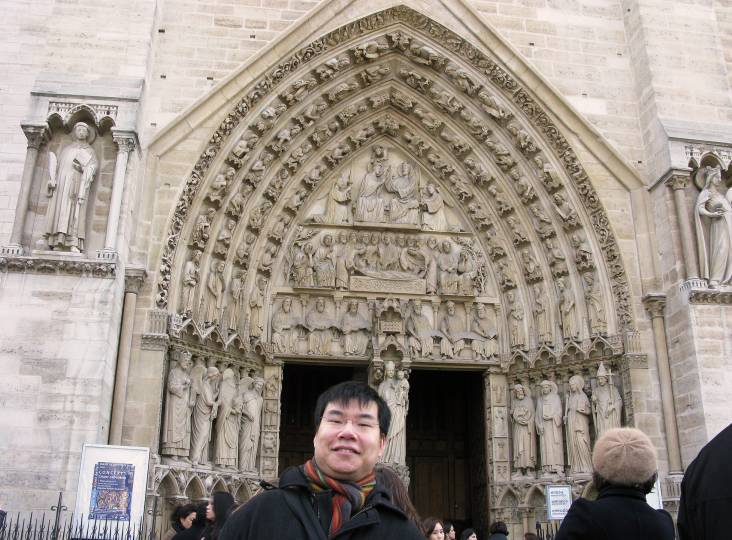 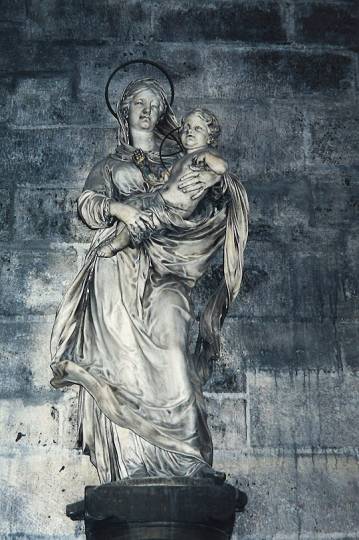 “It is noon. The church is open. I must go in.Mother of our Lord, I have not come to pray. I have nothing to give and nothing to ask. I am here, my lady, only to look at you To look at you, to cry for joy, to knowThat I am your son and you are there. ..... Because you saved me, because you saved France,Because France too, like myself, was for you a thing to be considered,Because at that moment when everything collapsed, you intervened, Because you saved France once again,Because it is noon, because we are at this moment of today, Because you are there for always, simply because you         are Mary, simply because you exists,Mother of Our Lord, we give Thanks to you!”
from "The Virgin at Noon" by Paul Claudel