Not just another marriage conference

A friend once mentioned how it’s great that there are courses to prepare you for marriage, and that, when you have serious marriage problems, you can go to Retrouvaille. But what about the in-between? Is the couple basically on their own once they’re married? 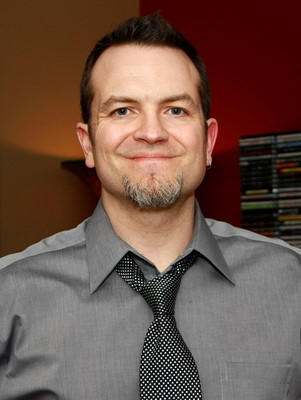 I had a great conversation with Blake Sittler, director of the Office of Marriage and Family Life for the Diocese of Saskatoon. He’s been working with the diocese for six years now and, with the inspiration and direction of former Bishop of Saskatoon Albert LeGatt, he helped create the Office of Marriage and Family Life. Right now, Blake is busy readying the upcoming National Marriage Conference in Saskatoon, set to take place March 19-20th. I asked him, “So, is this just another marriage conference?,” to which Blake quickly replied, “It’s funny you say that, because we were originally considering calling it ‘Not Just Another Marriage Conference!’" He proceeded to tell me how this conference will speak to married people today in a very real way. Titled “A Time for Hope: Finally, Good News About Marriage!”, the March conference will include speakers like author/professor Stephanie Coontz, sociologist Reginald Bibby and theologian Dr. Richard Gaillardetz. According to Blake, this conference is about the good news of marriage. Stephanie Coontz will look at how marriage has changed through the centuries. The 1950s was not a high time for marriage: women were oppressed and, while they may not have been getting a divorce, it didn’t mean that their marriages weren’t suffering. The model of marriage we have now, Blake says, is the best ever. Blake also appreciates Dr. Gaillardetz’s thought that marriage is a communal sacrament, a social institution. We need to move towards a more social recognition of the sacrament, instead of staying within the “safety” of the circle of me, my spouse, and my kids. We are supposed to be going out two by two into the world as disciples, creating change. It's something great to think about, especially given that next week is Marriage Week, leading up to World Marriage Sunday (or Valentine’s Day) on February 14th. I’ll be interviewing Blake tonight on Perspectives and this Saturday on S+L Radio. Stay tuned! Learn more about the 2010 National Marriage Conference here. Also, check out Blake Sittler’s weekly marriage column in the Prairie Messenger, called “After Cana,” where he reflects on contemporary Christian marriage. Among his articles available online, these really caught my attention: "Marriage Spiritually binds us to another person” – A personal story from the first year of his marriage. “Finances in Marriage considered a spiritual issue” – It's true: money issues can really affect a marriage.