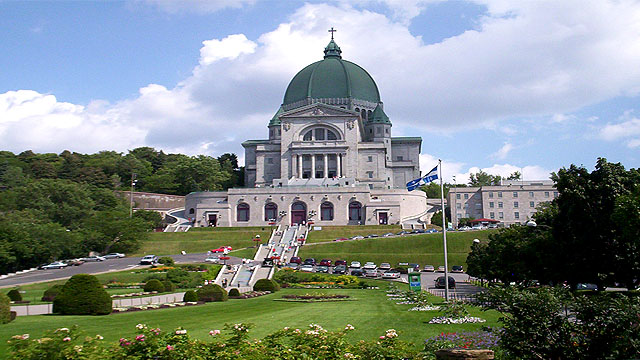 On October 19th, 1904, the first Mass was celebrated in the Little Oratory in Montreal, dedicated to Saint Joseph and founded by St. André Bessette. On October 19th, 2010, nearly one hundred years later, Salt + Light Television launched its live broadcast of daily Mass from the crypt church in Saint Joseph’s Oratory. St. André encouraged people to find healing through a journey of faith and humility, and by receiving the sacraments. Salt + Light is now happy to give viewers in Canada and around the world, the opportunity to join the community at Saint Joseph’s Oratory in Montreal each week for Sunday Mass. Together with the those in attendance, viewers can live together in the Body of Christ, living Word given to all.
Experience Sunday Mass in English from St. Joseph's Oratory, beginning Sunday January 18th, 2015, at 3pm ET / 12pm PT, on Salt + Light Television.
Watch live.