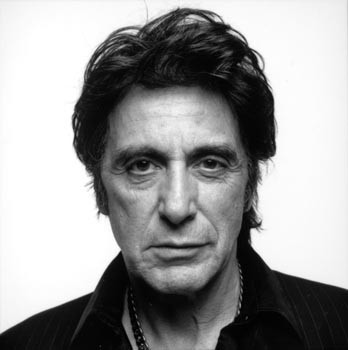 Several years ago I got in a friendly argument with an acquaintance about a very important topic. We were debating the acting skill of Al Pacino. Not much to debate, you might say? Well, I agree. However, my acquaintance insisted Pacino was overrated and had a tendency to “scream” throughout his films. Maybe it’s just me but Pacino is one of those rare actors who I would pay to see read the phone book. That’s why I was thrilled to learn this week that we may soon be seeing Al Pacino on the big screen in the biblical role of King Herod.
This month filming begins on Mary, Mother of Christ an independent film exploring the life of our Blessed Mother. Before fear sets in that this could be another Hollywood trashing of traditional religious faith you should know that the script was written by Barbara Nicolosi (a devout catholic and founder of ACT One--a screenwriting school aiming to empower Christians in Hollywood) and The Passion of the Christ co-writer Benedict Fitzgerald. Actress Camilla Belle, (10,000 BC) will play the role of the Virgin Mary. Other A-list actors in the film include Peter O'Toole in the role of Symeon; Jonathan Rhys Meyers (Match Point, TV's The Tudors) in the dual roles of Lucifer and Gabriel, and Jessica Lange as Anna the Prophetess. As for Pacino, he will have to tap into his prior experience playing a mob boss (The Godafther) and the devil himself (The Devil’s Advocate) as he portays the evil Herod, who led the slaughter of newborns in Bethlehem at the time of Christ’s birth. MGM plans to release the film wide in 2,000-plus theaters April 2, 2010, which is Good Friday.