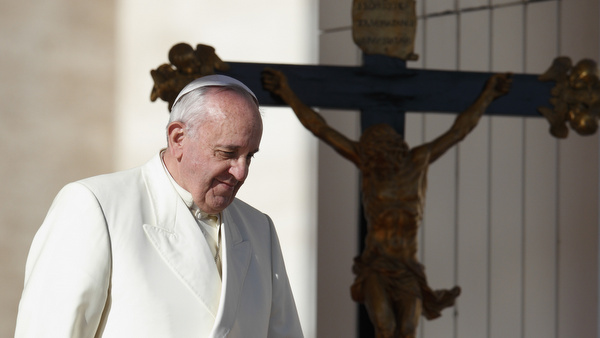 The Italian newspaper La Stampa has published an exclusive interview with Pope Francis where he speaks about Christmas, hunger in the world, the suffering of children, the reform of the Roman Curia, women cardinals, the Institute for the Works of Religion (IOR), and his upcoming apostolic visit to the Holy Land.

By: ANDREA TORNIELLI (VATICAN INSIDER)
“For me Christmas is hope and tenderness...”. Francis talks to La Stampa and Vatican Insider about his first Christmas as Bishop of Rome. We’re in Casa Santa Marta in the Vatican; it’s 12:50 in the afternoon on Tuesday 10 December. The Pope receives us in a room next to the dining hall. The meeting lasts an hour and a half. Twice during the course of the interview, the peaceful look which the whole world has grown accustomed to seeing on Francis’ face fades away when he talks about the innocent suffering of children and the tragedy of hunger in the world.
During the interview the Pope also speaks about relations with other Christian denominations and about the “ecumenism of blood” which unites them in persecution, he touches on the issue of the family to be addressed at the next Synod, responds to those in the USA who criticised him and called him “a Marxist” and discusses the relationship between Church and politics.
What does Christmas mean for you?
“It means to encounter Jesus. God has always sought out his people, led them, looked after them and promised to be close to them always. The Book of Deuteronomy says that God walks with us; he takes us by the hand like a father does with his child. This is a beautiful thing. Christmas is God’s meeting with his people. It is also a consolation, a mystery of consolation. Many times after the midnight mass I have spent an hour or so alone in the chapel before celebrating the dawn mass. There, I have experienced a profound feeling of consolation and peace. I remember in particular one night of prayer after a mass in the Astalli residence for refugees in Rome, it was Christmas 1974, I think. For me Christmas has always been about this; contemplating the visit of God to his people.”
What does Christmas say to people today?
“It speaks of tenderness and hope. When God meets us he tells us two things. The first thing he says is: have hope. God always opens doors, he never closes them. He is the father who opens doors for us. The second thing he says is: don’t be afraid of tenderness. When Christians forget about hope and tenderness they become a cold Church, that loses its sense of direction and is held back by ideologies and worldly attitudes, whereas God’s simplicity tells you: go forward, I am a Father who caresses you. I become fearful when Christians lose hope and the ability to embrace and extend a loving caress to others. Maybe this is why, looking towards the future, I often speak about children and the elderly, about the most vulnerable. Throughout my life as a priest, going to the parish, I have always sought to transmit this tenderness, particularly to children and the elderly. It does me good and it makes me think of the tenderness God has towards us.”
Read more here