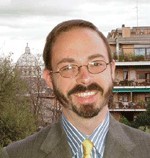 Incivility hurts the pro-life cause by John L Allen Jr Sep. 11, 2009 One bit of gallows humor in Catholic circles is that sometimes the worst enemies of the pro-life movement are pro-lifers themselves. The point is that a handful of activists occasionally come off as so shrill, so angry and judgmental, that fair-minded people simply tune out the pro-life message. That’s horribly unfair, of course, to the vast majority of people involved in pro-life efforts, who in my experience are respectful, idealistic, and eminently rational. There’s just enough truth to the perception, however, to make it worth a brief examination of conscience. Cases in point are offered by the health care reform debate and the Kennedy funeral, both of which have occasioned some truly nasty commentary – much of it, naturally, in the blogosphere. Two Catholic personalities in particular have found themselves in the line of fire: Daughters of Charity Sr. Carol Keehan, president and CEO of the Catholic Health Association; and Basilian Fr. Tom Rosica, head of Salt and Light TV, a national Catholic network in Canada. Read More