My return visit to Toronto: A time of grace 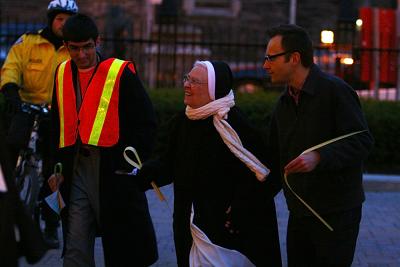 Sr. Marie Vianney Hamilton, O.P., one of the stars of Beloved: The Dominican Sisters of St. Cecilia, was also one of the three Dominican Sisters who visited with Salt + Light Television this past weekend. Below is her reflection on the past weekend’s experiences.
The whole trip to Toronto was a tremendous grace for me. Here in Toronto was the beginning of my Catholic faith. And being back in Toronto again this past weekend, I experienced as never before the Catholic faith in its universal sense. This experience included meeting Gita from former Czechoslovakia, who drove me around for two days; talking to Lily the receptionist at Loretto College who asked for prayers that she and her three children still in India could be reunited; participating in the Mass at St. Michael’s Cathedral where five priests and Archbishop Thomas Collins distributed Holy Communion to African, Spanish, Chinese, Korean and English Canadians for half an hour continuously; and then, more intimately, spending some time at the Salt + Light studio where He who is the Lord of the World is enthroned in the centre of all activities, bringing together, under Fr. Rosica’s direction, the diverse talents of the staff to produce truly Catholic programming. 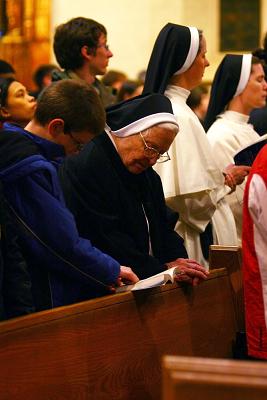 The procession of the World Youth Day participants, who carried a large cross and waved palm branches past the poorer commercial shops on Queen Street, made such a great impression on me as shopkeepers and customers alike made the sign of the Cross as we passed. And as someone who was nurtured as a child in Low Church Anglicanism but was baptized into the Catholic faith at the Newman Centre in Toronto, I relish the experience of seeing the buildings still stalwartly standing among many of the newer buildings at the University of Toronto. It was very memorable for me to see the St. Joseph College building, now being renovated, where my sister and I had spent a semester enjoying the intellectual university environment. Through all of these experiences of the past weekend, my faith has been reaffirmed, and I have nothing but deep gratitude to God and to Salt + Light Television for making it all possible.