My fond memories of “Self-Control” 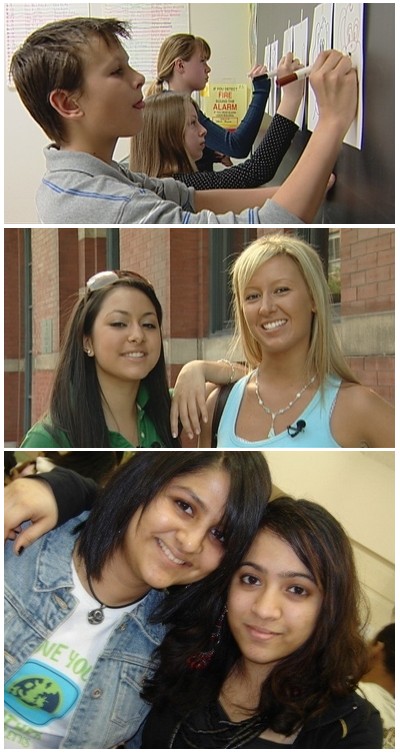 This week on The World I Know we look at Self-Control.
In the first segment of this show, our two hosts Ashley Carey and Sheana Correia introduce us to Self-Control lived out in the school community. I remember the first time I visited their school and met their principal at the time. She talked about the history of the school, and what a story of transformation it is! This school pushed its students to be students of peace and conflict resolution, to be leaders in their community. It was the first time I met “Peer Mediators,” students chosen and trained to “mediate” the conflict among their peers. Quite impressive!The student of the day is Shalom Rasquinha. Shalom is not ashamed to say that she struggles with self-control when it comes to managing her personality and her own temper! She even went deeper into her issue when she brought up that being in school has its own pressures, and sometimes she can only blow up about things or deal with things when she gets home. The challenges are many for her, but she has role models to look up to, including St. Augustine!The saint of the day is St. John of the Cross, the Spanish mystic and writer. Chris Valka, a young Basilian, has a great admiration for John of the Cross, and drew some parallels between their lives. Chris had a great job and a secure life, and then found himself homeless and alone. John of the Cross had things going for him, and then found himself stuck in a dark and lonely prison. In his time of desperation, John of the Cross chose to write and to pray. Chris tried to look for the good in his own dark times, and found God. Quite an inspiring story! I’ve known Chris for a few years, but there’s always something new to learn from people.The “Self-Control” episode airs Tuesday, December 2nd, the seventh episode of Salt + Light’s newest series, The World I Know: Virtues in Action. For more information on this series, check the Virtues webpage on our website by clicking HERE. And remember, if you miss the 8 pm ET broadcast, you can still catch it at midnight, or during your lunch break (12:30 pm ET) the next day via live streaming!