My Fond Memories of “Empathy” 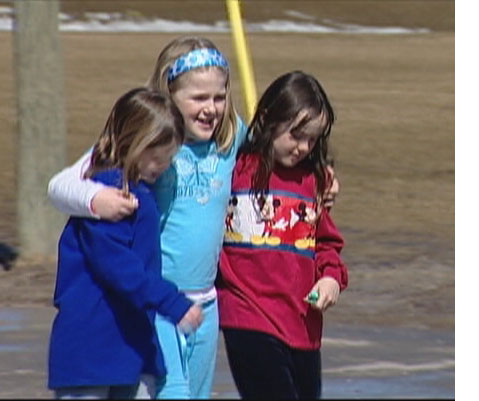 This week on The World I Know we look at Empathy.
Now, I found that most young people do not know what ‘empathy’ is.  Actually, come to think about it, most people do not know what ‘empathy’ is. In the first segment of this show, Vanessa Cafazzo introduces us to Empathy and how it is lived in the school community.  I remember going to her school, St. Nicholas in Bolton, and being so impressed with how well she and her fellow student leaders handled the interview.  They seemed so mature, so put-together, and they were the most popular girls in the school.  I was so touched when they started talking to me, on-camera, about how each one of them has been bullied, some for years.  The other thing that touched me was seeing Vanessa talking to some of the students with special needs.  She was talking to them like she was their sister.  There was nothing condescending about the way she dealt with them, and for a young person her age, that’s saying a lot!The student of the day is Kayla Gallant.  Now, Kayla, to me, is not the type of girl you’d immediately grab and say, Oh, she’s TV material.  Not because she’s not pretty, because she is, but because she’s very SHY!  I had to tell her that I’m very shy myself, and look at what I’m doing!  Before her interview, we said a little prayer together, that the Spirit may guide our conversation and open our hearts.  Kayla was incredible in her interview --- her openness, sincerity, her faith --- these all shone in her face.  It was a pleasure to have been with her for that short time.The saint of the day, or should I say, the SAINTS of the day, are Pope John Paul II and St. John Bosco.  Pope John Paul II has not yet been pronounced a saint, but people see him that way, and rightly so.  Paul Hrynczyszyn, a young seminarian, could not talk about empathy without mentioning BOTH saints.  Being Polish, and John Paul II being Polish, there’s an instant connection there!  And his aunt belonging to an order founded by St. John Bosco, there’s another influence on his vocation! 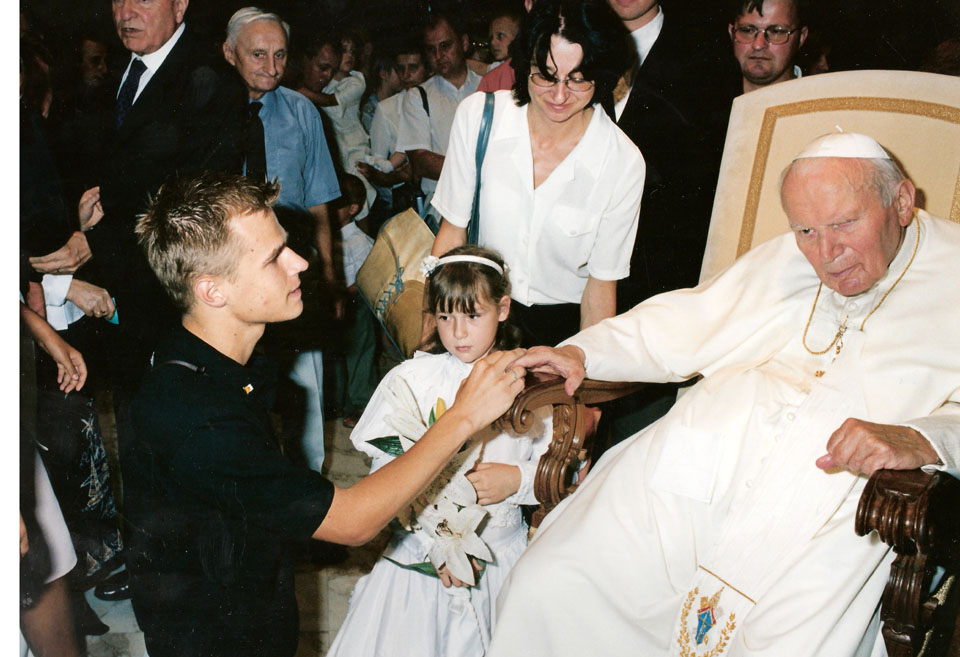 I met Paul for the first time four years ago.  The Salt + Light staff went on a weekend retreat at Strawberry Island, when it was owned by the Basilians.  I remember everyone sitting around the campfire, and Paul being there, since he was working on the Island.  I saw a young good-looking guy, and I thought, hmm, what’s up with him?  What’s his story?  Paul talked about John Paul II’s Theology of the Body and his own struggle with lust.  Just like that, around a campfire!  He said that listening to the tapes of Christopher West putting the Theology of the Body in layman’s terms was what transformed his life.  I knew about the Theology of the Body because I did my thesis on it in College.  But this guy was LIVING the Theology of the Body.  Now, four years later, he is a young seminarian, on his way to becoming a great preacher like his model, John Paul II!The “Empathy” episode airs TODAY, Tuesday, November 11th, the fourth episode of Salt + Light’s newest series, The World I Know: Virtues in Action. For more information on this series, check the Virtues webpage on our website by clicking HERE. And remember, if you miss the 8 pm ET broadcast, you can still catch it at midnight, or during your lunch break (12:30 pm ET) the next day via live streaming!