My Constant Dose of Reality in the Syrian Conflict 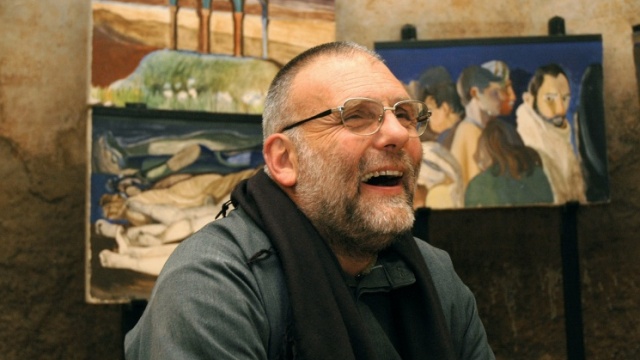 In his General Audience yesterday, Pope Francis prayed for the dire and violent situation facing Syria. He specifically brought to the attention of the world, the yet unknown whereabouts of three clergy who were kidnapped in the country in 2013: Italian Jesuit Father Paolo Dall’Oglio, Syriac-Orthodox Archbishop Mar Gregorios Yohanna Ibrahim of Aleppo and Greek-Orthodox Archbishop Boulos Yazigi also of Aleppo. That anyone would see it fit to abduct and hold prisoner members of the clergy, regardless of their denomination, is nothing shy of cowardly and barbaric. However this is the reality of the level of conflict and war embroiling much of the Middle East and parts of North Africa today. The conflict in Syria has long been the epicenter of the violence; where out of rebel groups have grown the ranks of such groups as ISIS, which now control large swaths of land. It is here that we also hear most frequently of kidnappings involving the clergy, those whose mission it is to minister to the people God. In and among the horrors of this conflict that should offend anyone, be they Christian or not, there is an added personal dimension for me. In August 2012, I had the opportunity to interview Father Dall’Oglio here in our studios. He was in the midst of a whirlwind press tour that had him going to various media outlets across North America, speaking about the conflict in Syria. To then hear a year later that he had been abducted, came as a bit of a cold dose of reality. To this day, his specific whereabouts along with the identity of his kidnappers remain a mystery. Since the rise of ISIS, we have seen unspeakable tragedy in countries such as Syria and Libya. Christians especially, have paid an incredible price in these destabilizing conflicts that frankly have no visible end in sight. However they often seem a world away, like stories, removed and often detached from the day-to-day toils of our comfortable standard of living. Yet, hearing Father Dall’Oglio’s name read allowed by the pope this week was yet another sobering reminder, that these are real people who are in danger. These are real people whose lives are being threatened. These are real people who are dying senselessly in a program of destabilization. The pedigree of violence and fear dominating places like Syria becomes very real, when I stop and think that someone whose hand I shook and whose eyes I looked into is living such horrors. To all our readers, continue to pray for the three clergy mentioned above, and for all of those who are suffering as a result of these conflicts. (CNS photo/Paul Haring)