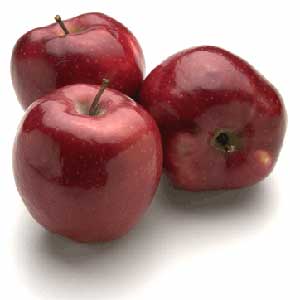 On this the World Day of the Sick, my attention can't help but turn to something I read recently about nutrition.With the world's financial system in tilt almost everyone is feeling a crunch of some sort. Even those not directly affected have tightened their belts just in case. This might mean passing up on unnecessary splurges. At the supermarket that probably translates into going for a cheaper generic brand product over a name brand product. For most of us, that's enough to make sure we don't break our budgets. But what if your gallon of milk (four litres) cost $11.98? And six apples cost $7.64? Then what would you do?It sounds like prices in third world countries with seriously de-valued currencies, but it's not. You too can buy a twelve dollar gallon of milk, in Rankin Inlet, Nunavut. And the apples? Also in Rankin Inlet. These shocking figures come from Heart and Stroke Canada's Annual Report on Canadians' Health.The Heart and Stroke Foundation recruited people in 66 communities across Canada to shop for one week. Participants were given a shopping list, based on Health Canada's "National Nutritious Food Basket"and asked to track the cost of their purchases. There were some astounding price differences not just between "southern" and "northern" Canadian communities. Lean ground beef costs $13.21 in Ottawa (not exactly a remote northern town) and $4.14 in both Barrie and Timmins, Ontario. Sometimes the price even fluctuated between two suburbs of the same city.If transportation costs were the culprit A) ground beef wouldn't cost $13.21 in Ottawa, and B) things like pop and chips would fluctuate just as much -- but they don't. A 250 gram bag of potato chips will cost you $5.49 in Rankin Inlet (the most expensive chips in the country) and that same bag will cost $2.47 in Whitehorse (the cheapest chips in the country). While there is a difference, it's still not as big the difference in the price of milk.Let's say you live in Rankin Inlet (consistently the home to the most expensive products on Heart and Stroke's shopping list) and you're on a fixed income. When you go to the grocery store you have limited budget, let's say you've got 50 dollars in your pocket. Milk costs 15 bucks but Pop is only $8.99. You still need to be able to buy enough food to feed the three other people in your household... are you going to go with the fifteen dollar milk or the nine dollar pop? Especially if you know that six apples are going to cost another seven to eight dollars and rice is going to be 12 dollars. Do you see where I'm going with this? Or if you're a student in Ottawa and you want a burger, are you going for that 14 dollar kilogram of ground beef....or a two dollar burger at the fast food place around the corner?I think we can all see the pattern emerging here. There are unexplainable price fluctuations across the country. Healthy foods seem to consistently cost more in northern areas of the country. It happens that people in these northern areas tend to be First Nations people and often tend to have low incomes and fixed budgets. In certain areas of the country where incomes are smaller healthy foods are outrageously priced, junk foods are more reasonably priced and some fresh foods are totally unavailable (some communities in the study were left out of the final analysis because fresh poultry and fish were not available in those communities). People are more likely to turn to junk foods, or less healthier options due to cost, and more likely to become overweight or develop other health problems associated with having a steady diet of unhealthy foods.For the rest of us the price discrepancies might mean we wait until next week to buy apples, or breaded fishsticks instead of fresh fish fillets (there's gotta be some fish in there somewhere) or veggie juice instead of a fresh assortment of vegetables. While this still isn't an ideal situation, it's better the situation in too many Canadian communities.What can we do? Check out the Heart and Stroke Foundation's website for tips and for leads on potential grants for community project to get people moving more and eating better wherever possible. Also, let's not forget the time old tactic of lobbying your local member of parliament on the issue. The government regulates liquor prices, it's not inconceivable that they would regulate the price of staple foods if Canadians put enough pressure on them.