In a previous Catholic Focus, we looked at the little-known ministry of Canada’s military chaplains. While I learned much from preparing that program, particularly from Bishop Donald Thériault, the head of the Catholic military ordinariate, I don’t think I properly understood the dangers chaplains faced. 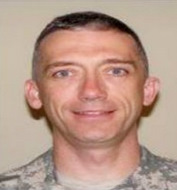 That awareness came with the news that U.S. Army chaplain Capt. Dale Goetz was killed in Afghanistan. He was among five Americans who died as their convoy hit an improvised explosive device (IED) near the Kandahar Province. Capt. Goetz was the first chaplain to be killed in either Iraq or Afghanistan. “It was only a matter of time,” one Canadian chaplain mournfully told me on Friday. Chaplains routinely travel with the troops outside secure areas. Canada’s Operation ATHENA is also centered in the dangerous Kandahar Province, so the fallen chaplain could have just as easily been one of our own. 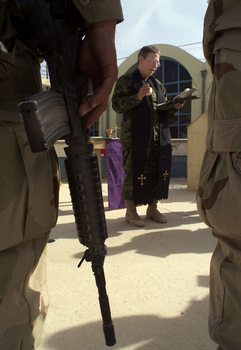 Thankfully, no Canadian chaplains have died since WWII. In that conflict, however, twelve were killed and more were wounded. According to Dr. Duff Crerar, who has extensively researched the history of military chaplaincy, four others were killed in WWI. Four more died of wounds or pneumonia in 1919, due to hard service or Spanish flu. Aside from the physical risks, military chaplaincy takes a psychological toll. Earlier this year, a survey of morale found that more than half of Canadian chaplains were at medium-to-high risk of anxiety or depressive disorders. Their risk is even higher than for other Forces members. Chaplains bring solace to the troops, but one wonders to whom the chaplains can turn for help. As we lift up our servicemen and women in prayer, let us remember too the chaplains. To learn more about our chaplains and meet Canada’s military bishop, watch our Catholic Focus episode online.