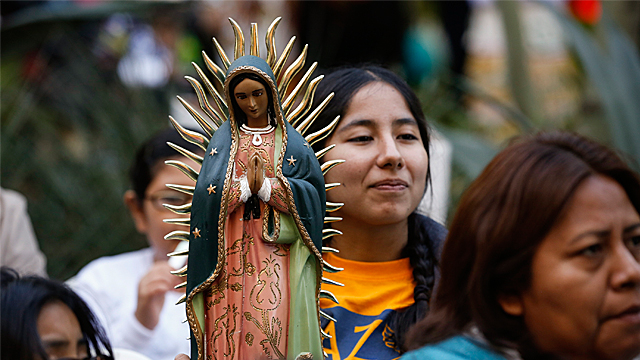 Since moving to Canada, I’ve met quite a variety of people from all over the world, most of them Catholic. We go through the usual motions - ‘What’s your name? What do you do? Are you from Toronto? You’re from Texas? Oh your parents are Mexican?' - etc. etc. And shortly after the ‘Mexican parents’ thing, one thing always comes up - Our Lady of Guadalupe. It’s usually followed by ‘I’ve visited her shrine with my family once!’ or ‘I love Guadalupe!’
For some time though, I found that to be really weird. ‘How could you like Our Lady of Guadalupe? She’s Mexican!’ I would think, as if claiming her to only belong to the Mexican people and not accessible to anyone else. It’s odd, I know. Mary belongs to everyone (that’s kind of the point) so I can’t claim her. But the miraculous story of Guadalupe tells something different, something that makes my claim that La Virgen Morena is mine not so absurd.
On December 9, 1531, the Virgin Mary appeared for the first time to a 57-year-old native Mexican peasant. Our Lady of Guadalupe, as she came to be known, appeared to Juan Diego as a morenita, a mestiza. She appeared to him in a way that wouldn’t scare him but instead helped him to understand that she was one of his own. And when it came time to prove to the Bishop that she indeed was who she said she was, she imprinted an image of herself on his tilma, his cloak. Fr. Thomas Rosica, in his reflection on Our Lady of Guadalupe, says:

“For the Indian cultures of that time, the tilma was the exterior expression of the innermost identity of the person. By being visible on Juan Diego’s tilma, Mary became imprinted in the deepest recesses of his heart – and in the hearts of all who come to her.”

To find proof of this, you need not look further than any Mexican household. Chances are, they grew up in a culture that emphasizes that family is first. Chances are, the center of their family was grandma’s house. And, chances are, grandma’s house probably had a shrine dedicated to Our Lady of Guadalupe. (I say this from experience. There were AT LEAST 10 statues of Our Lady in my grandma's house). Heck, even as we lead into the Feast of Our Lady of Guadalupe, I can tell you that my grandma, who has lived in the United States for years, is in Mexico right now getting ready to celebrate one of the most important feast days of the year with her pueblo. That’s how I grew up and that’s how it’s always been.
And maybe it goes beyond that. Maybe we feel that Our Lady of Guadalupe is one of our own because when we look at her, in all her mestizo beauty, we see our own mothers, aunts and grandmas, glowing, beautiful and pregnant. We feel the same warmth and love in Our Lady that we felt growing up in our homes simply because Our Lady looks like one of us and we find that comforting. She is a morenita, she is our Virgencita Morena.
Now that I’m a bit older, I understand that as the Patroness of the Americas, she belongs to all Americans (North, South, Latin, Central). And because she is Mary, she belongs to us all, as our Mother.
This feast day will always be a special one for me. Guadalupe is why I was raised Catholic and why I've decided to continue to be Catholic. My grandma's devotion to Our Lady is what I admire most about her and I sure hope I can be the same kind of grandma to my grandchildren that she was to me. Our Lady of Guadalupe is so ingrained in the Mexican/Mexican-American culture, it will be an honour to pass it on to the generations that come after me.
Our Lady of Guadalupe, pray for us.
To learn more about Our Lady of Guadalupe check out the new Knights of Columbus film Guadalupe: The Message and the Miracle airing on Saturday, December 12, 2015 at 9 pm ET only on Salt + Light! 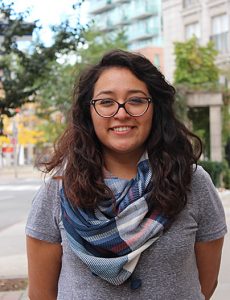