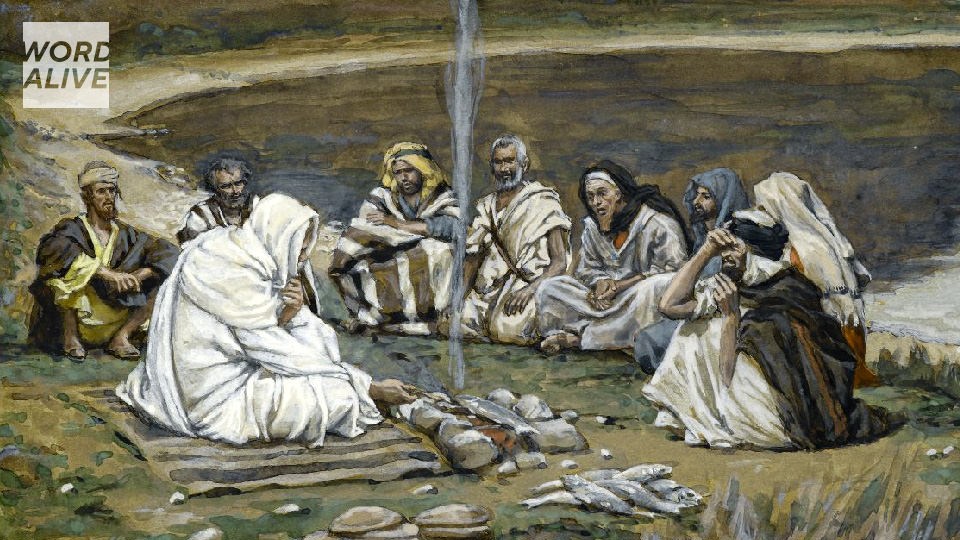 Detail of Meal of Our Lord and the Apostles by James Tissot. Image courtesy of the Brooklyn Museum.

Meeting people who live with a mental illness where they are

A reflection for the Third Sunday of Easter, Year C

“So often people who have a mental illness are known as their illness. People say that ‘she is bipolar’ or ‘he is schizophrenic’. Over the coming days as you talk to people about this, please do not use that phrase. People who have cancer are not cancer, those with diabetes are not diabetes. Katie was not bipolar – she had an illness called bipolar disorder – Katie herself was a beautiful child of God. “The way we talk about people and their illnesses affects the people themselves and how we treat the illness. In the case of mental illness there is so much fear, ignorance, and hurtful attitudes that the people who suffer from mental illness needlessly suffer further. Our society does not provide the resources that are needed to adequately understand and treat mental illness. In Katie’s case, she had the best medical care available, she always took the cocktail of medicines that she was prescribed, and she did her best to be healthy and manage this illness – and yet – that was not enough. “Someday a cure will be found, but until then, we need to support and be compassionate to those with mental illness, every bit as much as we support those who suffer from cancer, heart disease, or any other illness. Please know that Katie was a sweet, wonderful person that loved life, the people around her – and Jesus Christ.”

I had hoped Katie’s obituary would encourage an open and honest conversation in our small town of Scranton, Pennsylvania, about mental illness and suicide. What happened was totally unexpected. Her obituary went viral. It was covered in the media around the world. Katie’s obituary was seen by millions of people. It apparently speaks to what so many people who live with mental illness experience. It was just one small thing, but God used Katie’s obituary to help people understand that He is with them in their struggle with mental illness – and He has mercy on those who die by suicide. One person wrote: "God is using this for a good divine purpose, to educate others to be compassionate... do not be quick to judge because it can happen to you or anyone.” So, what should we, as members of the Catholic Church, do to support people who live with mental illness and their families? As in all things we must look to Christ. This Sunday’s Gospel tells the story of Jesus ministering to the disciples on the shore of Lake Tiberias after His resurrection. Christ did not appear to them in some dramatic fashion, He did not promise them that all their problems would be solved. He simply encountered them where they were, understood their situation, and encouraged them. Most importantly, He assured them that He would be present in their lives. That is how the Church can minister to people living with a mental health disorder or illness. Simply encounter them where they are, understand their challenges, and bring the compassion of Christ into their lives. Although we should always encourage good psychological and psychiatric care, we should welcome people without demanding a cure. Just as we readily accept and minister to people suffering from cancer, we should readily welcome and minister to people with schizophrenia, personality disorders, or any other mental health condition. On World Mental Health Day on October 10, 2021, Pope Francis asked us “to remember our brothers and sisters affected by mental disorders and the victims, often young, of suicide. Let us pray for them and for their families, so that they are not left alone or discriminated against but welcomed and supported.”   To learn more about mental health ministry, visit the Association of Catholic Mental Health Ministers website. 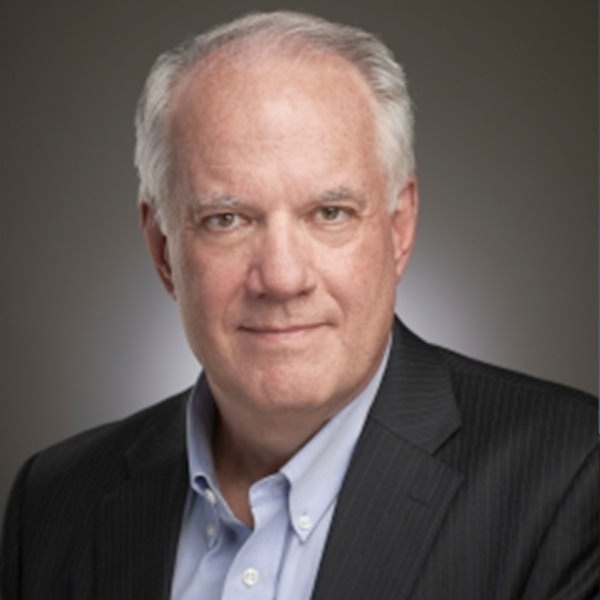 Deacon Ed Shoener was ordained a permanent deacon in 2004 and serves at St. Peter’s Cathedral in the Diocese of Scranton. A founding member of the Association of Catholic Mental Health Ministers and the Catholic Institute of Mental Health Ministry at the University of San Diego, he serves on the Council on Mental Illness of the National Catholic Partnership on Disability and on the board of Pathways to Promise, an interfaith cooperative that facilitates the faith community’s work in reaching out to those with mental illnesses and their families. He is coauthor, along with Bishop John Dolan, of the books Responding to Suicide: A Pastoral Handbook for Catholic Leaders and When a Loved One Dies by Suicide. He, along with family and friends, founded “The Katie Foundation” after his daughter, Kathleen, died by suicide in 2016. Katie’s obituary went viral because it spoke to the needs and concerns of people who live with mental illness. He lives with his family in Scranton, Pennsylvania.