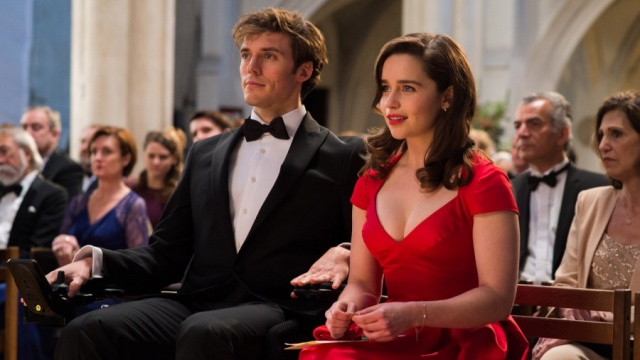 That's the title of a new film that just opened last weekend to mixed reviews. It stars Emilia Clarke and Sam Claflin in a romance with a bit of a twist. Clarke plays Louisa “Lou” Clark, who takes a job as the caregiver to Will Traynor (Claflin), a former daredevil who is now a quadriplegic who has decided to end his life. The mixed reviews are not because it's a bad film, badly written, performed or directed. It's because of the underlying "right-to-die" message. I have not watched the film but am eager to watch it. I will not spoil the ending, but I think the title says it all. "Me before you" is exactly the opposite of what any loving relationship, especially marriage is all about. Marriage is all about "you before me"! And it's not surprising that this is probably the message underlying a lot of these end-of-life issues. We've spoken before about autonomy; "I can do whatever I want with my own body." Well, you can't really. I suppose I could cut off my arm if I wanted to. I would have a hard time finding a doctor to assist me in doing that. I would probably be sent to the mental hospital if I did. And no matter what I do to my own body, it affects all those who love me. In the case of medically assisted dying, it affects not just your loved ones, but your doctor and the whole medical system and the legal system too. No act is really ever a completely autonomous act because we are not completely autonomous. We are relational. Mark Pickup said it very well during our conversation for Catholic Focus a few weeks ago. People who want to end their life because the pain is unbearable or because their life is not what it used to be or they have no quality of life, or because they don't want to be a burden to others need to stop putting 'me' before 'you.' In the film Will tells Lou that he has decided that he will live 6 more months and then he will seek assisted dying. He already decided that before he met her. Lou responds, "but that was before me." Once we find meaning, love and relationship; once we know we're not alone, usually we want to live. That's the message of tonight's last interview in the Catholic Focus mini-series on end-of-life issues. I spoke with Chuck and Jeri Marple who are the parents of Mary, a young woman with Cerebral Palsy. Some would say that Mary's life has no quality and it's not worth living. Others would disagree.

I encourage you to go watch Me Before You. Watch it and talk about it. It's a great opportunity to speak out about these issues. It's very serendipitous that the film came out exactly at the time when Canada has de-criminalized medically assisted dying. The Canadian Senate is right now reviewing Bill C-14, which will likely be sent back to the House of Commons for some amending. I don't think MAD should be legal, but I do think that a law with as many safeguards as possible is better than no law. We've had no abortion law in Canada now since 1988. Let's not do the same with Euthanasia and Assisted Suicide. More importantly, I encourage you to learn as much as you can about these issues. We need to be informed. We need to know the law and we need to know what the Church teaches. That is why we at S+L have been putting together many programs and providing many resources to help you stay on top of these issues. I've tried to compile many of the ones that I've worked on in this blog post. Just scroll a little bit and you'll see how much there is to read and watch. Perhaps most important of all, I encourage you to be Catholic. This was Archbishop Smith's advice at the end of the Every Life Matters series. According to the Census, 44% of Canadians report that they are Catholic. If 44% of Canadians were truly Catholic, living their Catholic Faith with knowledge and passion, we would not have these issues in Canada. Be Catholic. Defend and protect life from conception to natural death. Learn more: Turning the Tide:(a documentary on dignity, compassion and euthanasia) Catholic Focus interviews: End Of Life Issues: The Law End Of Life Issues: Human Life Matters (with Mark Pickup) End of Life Issues: What Does the Church Say? (with Archbishop Richard Smith) End of Life Issues Ending the Pain End of Life Issues: Quality of Life Perspectives: The Weekly Edition: End of Life: Jeremy Tyrell Every Life Matters Series From our Blog: Deacon-structing End of Life: Part 1 Part 2 Part 3 Part 4 Part 5 Deacon-structing End of Life Issues: The Law Palliative Care Life, Liberty and Security From Fr. Rosica There can be no true peace unless life is defended and promoted - A reflection on Euthanasia - Photo Credit: Emilia Clarke and Sam Claflin in the 2016 MGM film Me Before You. Image courtesy of mebeforeyoumovie.com/