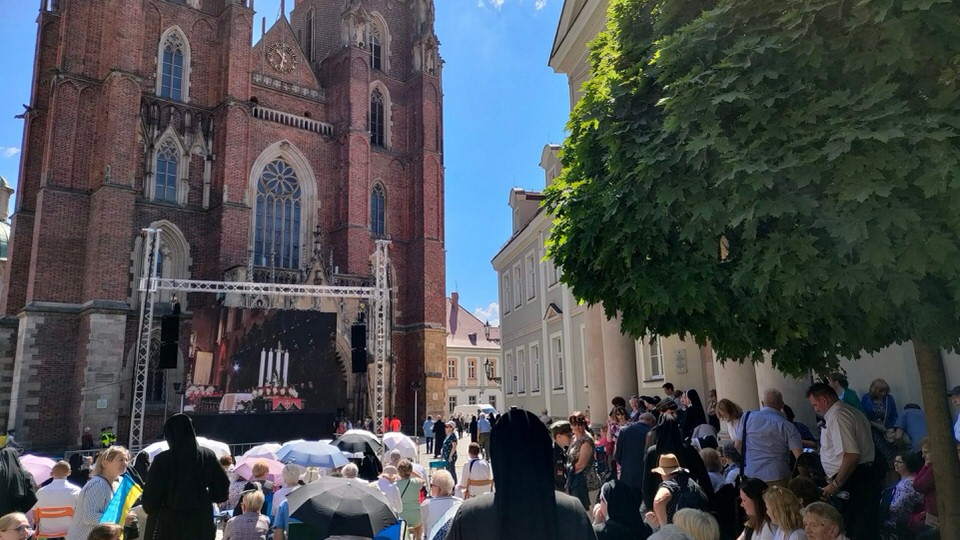 People gather outside in Wroclaw, Poland, to watch the Mass and beatification June 11, 2022, of 10 Polish Sisters of St. Elizabeth killed by Russian soldiers at the end of World War II. (CNS photo/courtesy Congregation of Sisters of St. Elizabeth)
VATICAN CITY (CNS) -- Beatifying 10 Polish nuns killed by Russian soldiers at the end of World War II, it is difficult not to think of the suffering being endured by the people of Ukraine today and the need for peace in the world, said Cardinal Marcello Semeraro, prefect of the Dicastery for Saints' Causes. Presiding over the beatification Mass in Wroclaw, Poland, June 11, Cardinal Semeraro said the nuns, who belonged to the Congregation of Sisters of St. Elizabeth, gave themselves "in service to the sick, the little ones, the poor and the neediest" until their martyrdom. "We ask the Lord, through their intercession, that the world may never again lack respect for womanhood, for equality in the dignity of man and woman and for the protection of motherhood," the cardinal said. "Today, we commend to them in a special way the Ukrainian people, migrants and our quest for peace." Pope Francis also remembered the 10 women religious during his Sunday Angelus address June 12. The pope praised the example set by the martyred nuns who "remained alongside the elderly and sick people" despite the atrocities committed against Christians by the Soviet army. "May their example of fidelity to Christ help us all, especially Christians who are persecuted in various parts of the world, to bear witness to the Gospel courageously," the pope told pilgrims gathered in St. Peter's Square. Founded in Nysa in 1810, the Congregation of St. Elizabeth was one of many religious orders facing brutality from the Soviet Army during its victorious 1944-1945 sweep across Poland, which had already lost a fifth of its population, including most of its Jewish minority, during six years of Nazi occupation. According to a June 11 statement by the Polish bishops' conference, an estimated 100 members of the St. Elizabeth died at the hands of the Red Army after World War II. Members of the congregation, which is present in 19 countries in Europe, Asia, Africa and South America, work in hospitals, schools and parishes and run community centers, orphanages and educational institutions. The Polish bishops' conference said the liturgical commemoration of the 10 martyred religious women will be celebrated annually by the church on May 11. 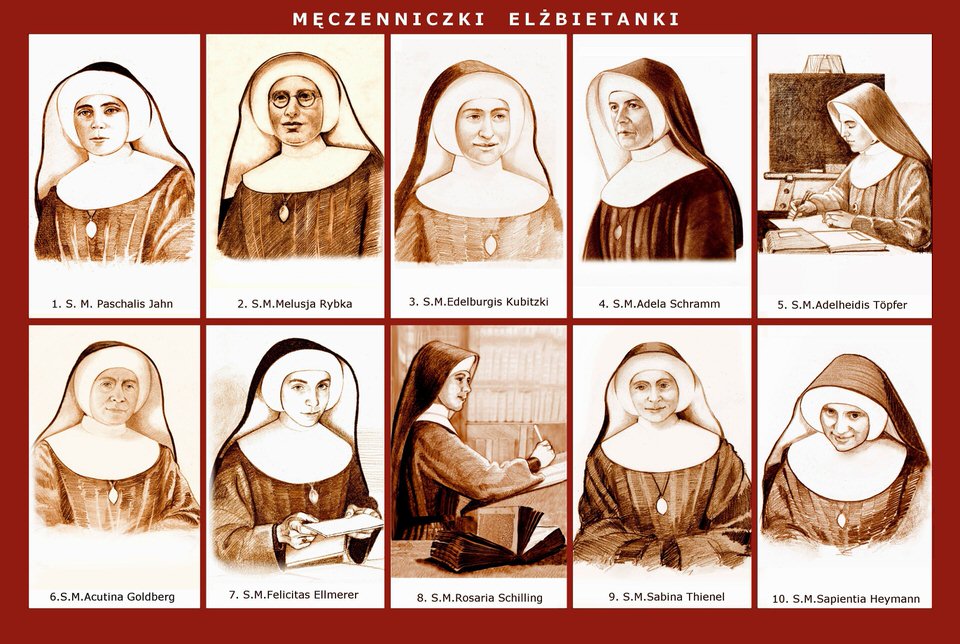