Mark Shriver | Working in Faith: Behind the Lens 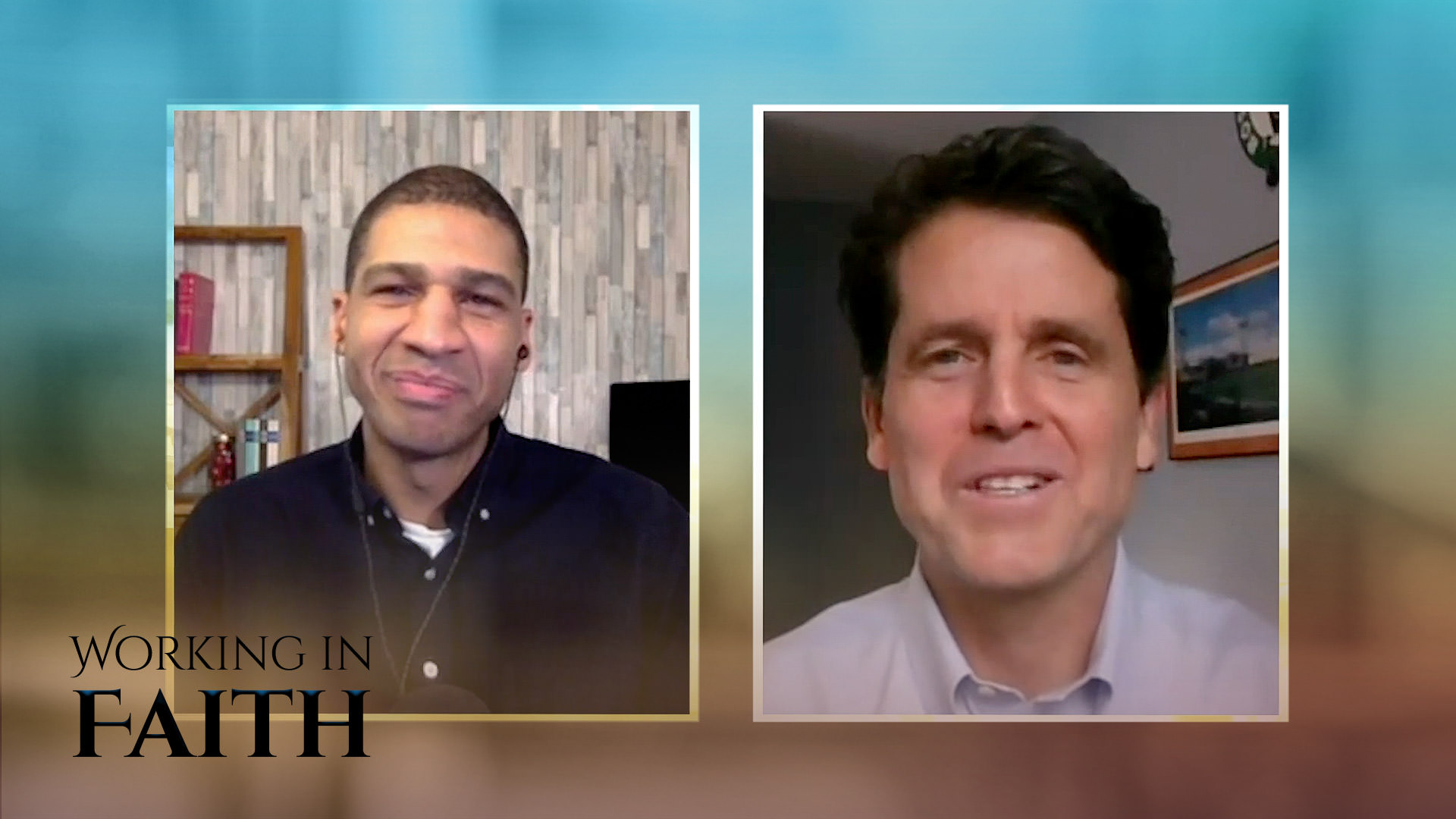 On this episode of Working in Faith, I was able to chat with well known philanthropist Mark Shriver about his faith journey, his life of service, and his new children’s book, 10 Hidden Heroes. A major thing that stood out to me in our conversation was Mark’s all encompassing emphasis on service and the source of his mindset. Mark noted that his involvement with service began right out of university and has continued throughout his life through working with at-risk youth and the Special Olympics and serving in politics. What struck me most was the role his parents played. Mark mentioned that his parents were very devout Catholics whose service to others was dictated by their faith and that they maintained a deep humility by ensuring that they were on their knees praying every day. This story serves as a strong reminder of the importance of setting a good example through our actions. Because children, mentees, and people in general learn the most from what a person does rather than what they say. It’s very much along the lines of what Jesus tells us in the Gospel of  Matthew:

“You are the light of the world. A city built on a hill cannot be hid. No one after lighting a lamp puts it under the bushel basket, but on the lampstand, and it gives light to all in the house. In the same way, let your light shine before others, so that they may see your good works and give glory to your Father in heaven.” (Matthew 5:14-16)

It’s about being the light, not talking about the light. Mark furthers this notion through his new children’s book, 10 Hidden Heroes, in which he celebrates everyday people doing their best to shine their light before others, whether they be doctors, teachers, or Special Olympic athletes. In the opening of the book he writes:

Heroes are everywhere – in our neighbourhoods, in our schools, and even in our homes. Who are the heroes in your life?

This sets the stage to show different ways in which people can be seen as heroes – which is important, as the young readers need to know that not all heroes wear capes! To hear more about 10 Hidden Heroes, tune into my new segment Book Ends on the SL Hour podcast where I speak about it. This episode of Working in Faith with Mark Shriver airs on Thursday, April 29 at 8 pm ET. Check your local listings, or to watch it and all the episodes of Working in Faith on demand, subscribe to Salt + Light Plus.

Join us as we explore the work and faith lives of lay Catholics, only on Salt + Light Media!